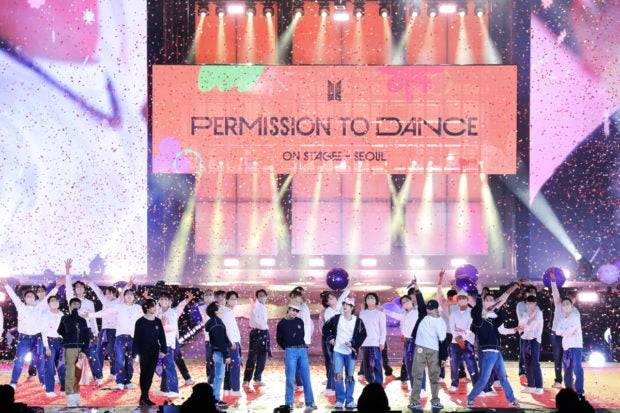 SEOUL — Las Vegas is in for some big K-pop waves next month, as BTS is set to bring along its multilabel agency, Hybe, for a company-wide global audition in search of new talent.

Hybe on Monday announced it will launch a joint audition for seven of its affiliate labels next month in Las Vegas, with the audition set to take place in person over four days on April 8-9 and 15-16.

Along with the five labels based in South Korea — Belift Lab, Big Hit Music, KOZ Entertainment, Pledis Entertainment and Source Music — Hybe Labels Japan and Hybe America will also jump in the recruitment for new artists.

This is the first time that Hybe’s affiliate labels are holding a joint audition, and the entertainment firm marked it as the biggest audition in its history.

According to Hybe, the labels are recruiting talent in three categories of singing, rapping and dancing. Anyone between the ages of 11-19 can apply, regardless of gender, with the registrations due by April 4.

The band will be holding four concerts, extending from their “Permission to Dance on Stage” tour on April 8-9 and 15-16, with a live audience at the Allegiant Stadium while thousands others join remotely via livestream on a big screen at the MGM Grand Garden Arena nearby.

A few days before the venue is painted purple by their fans, BTS will visit MGM Grand Garden Arena themselves to attend the 64th Grammy Awards on April 3, to which they will get the double honor of being both a performer and nominee.

This year, the seven-member band has been nominated for Best Pop Duo/Group Performance with their megahit single “Butter.” It is their second year of being nominated, with their first nomination last year. They were given a nod for the single “Dynamite,” but they failed to grab the final win.

BTS has also been included on the Grammys’ performers list third year in a row. The K-pop band will take the stage this year along with other superstars, including Brother Osborne, Brandi Carlile, Billie Eilish, Lil Nas X, Jack Harlow and Olivia Rodrigo.

Anyone born in 2003 or later can apply, regardless of gender and nationality, by sending in a video that shows their talents in singing, rapping, dancing or any other field of performance. Registration for the audition runs until April 17, and the final winners will be provided the opportunity and financial support to train and debut as a K-pop idol.