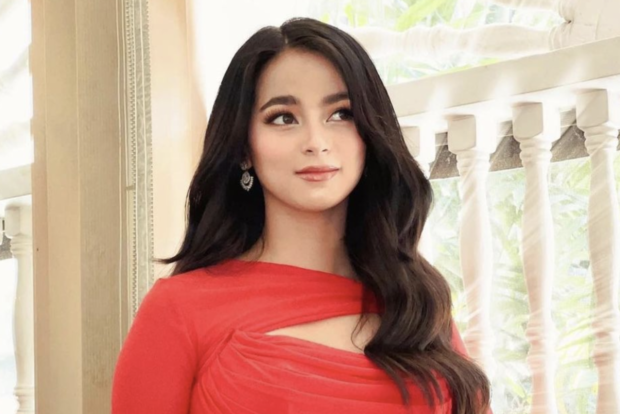 AJ Raval has again denied that she is pregnant, amid rumors she is expecting a child with her fellow actor Aljur Abrenica.

Speculations that Raval is pregnant sparked anew when entertainment columnist Cristy Fermin said in her YouTube vlog last Tuesday, July 19, that the actress admitted the pregnancy to an unidentified source. Fermin also pointed out that Raval had to exit a movie project likely because she was expecting a baby.

The actress dismissed the pregnancy rumors again in a text message she sent to TV5’s “Frontline Pilipinas,” as shown on its Facebook page yesterday, July 20.

Raval explained that she was not able to finish the movie project because she tested positive for COVID-19, along with her co-stars, during shooting.

Pregnancy rumors involving Raval first started circulating last month, but she also denied it at the time through a conversation with the parody account Senyora.

Abrenica and Raval have been romantically linked for months, following speculations that Raval caused the split between Abrenica and his estranged wife, actress Kylie Padilla. Raval confirmed in October 2021 that she and Abrenica were “getting to know” each other, but denied that she was the cause of the former couple’s breakup.

Last Valentine’s Day, Abrenica and Raval were seen together at a Leyte resort. At the time, Raval said she would inform fans if she became “official” with Abrenica.  /ra