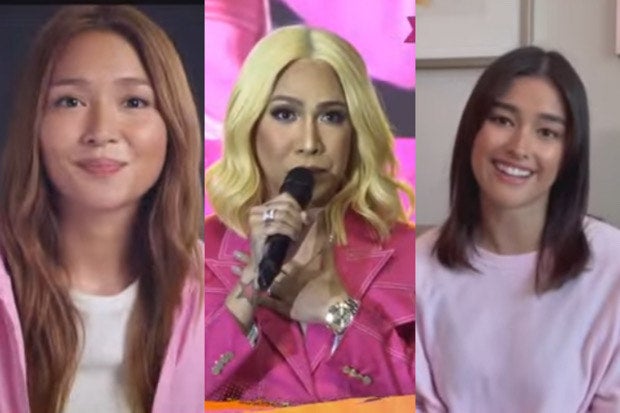 Vice Ganda rendered a song number and dedicated it as a birthday gift to Vice President Leni Robredo, as seen in a live stream video of her and her running mate Sen. Francis “Kiko” Pangilinan’s campaign event, on Robredo’s YouTube channel, also yesterday.

Vice Ganda officially endorsed Robredo by raising her hand in front of the crowd which, according to the event organizers, is estimated to have been over 400,000.

Bernardo and Soberano, although not present in the said event, showed their support through a taped video aired during the campaign rally. Bernardo spoke about her plan of voting for the presidential candidate while giving an account of the qualities a good leader should possess, which she sees in Robredo.

(Maybe it is easier to plan if you have someone who is already experienced – a leader who is ready to lift us up from crises. So what is my plan? I plan to make Leni Robredo our president on May 9. I hope you do the same.)

Soberano, for her part, gave her well wishes to the vice president, assuring her of love and support.

“I, along with millions of Filipinos, believe in you and your capabilities to run this country. As a woman, it makes me extremely proud to see all that you have achieved and all that you bravely dream of doing for our country,” Soberano said.