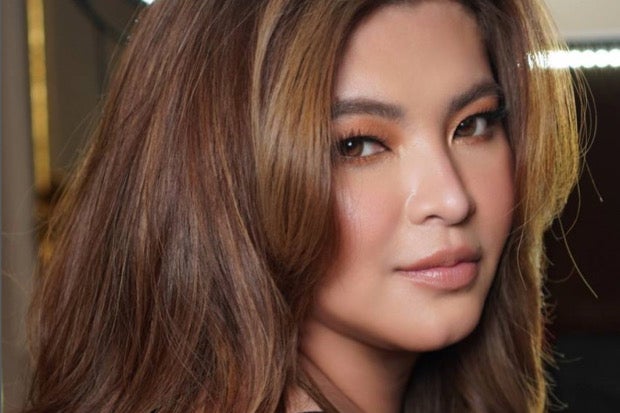 Angel Locsin wasn’t able to contain her excitement as she had gone ecstatic upon meeting Vice President Leni Robredo in her presidential campaign rally in Pasig.

Locsin jumped and shouted with joy when Robredo approached her in the middle of the crowd, as seen on Locsin’s Instagram page yesterday, March 20. The actress held a banner with the words “Ma’am Leni sa ‘yo na ang bato” (Ma’am Leni, the stone is yours) which refers to the power-giving stone in the TV series “Darna,” where Locsin played the titular role of the Filipino superhero in 2005.

Locsin and Robredo hugged each other and posed for a photo with the banner. Locsin was then held back from her brief fangirl moment by her husband Neil Arce, who was with her at the said event.

Locsin also treated fans to glimpses of the said event where she can be seen being one with the crowd, as shown on her Instagram page, also yesterday.

“Saya nyong kasama! Sa uulitin,” she said. (It’s fun to be with you all! Until next time.)

Locsin, who has been vocal of her political stance, recently urged the public to be discerning in choosing the candidate they will vote for in the upcoming May 2022 elections. She reminded fans to examine their candidates thoroughly and “vote rightly.” JB