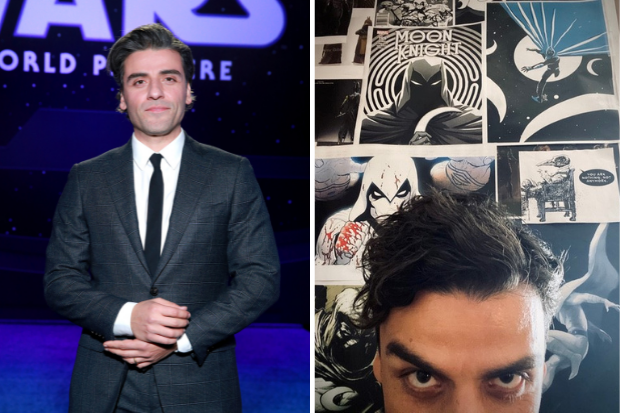 “‘WE ARE MOONKNIGHT’ – Oscar Isaac,” Marvel simply posted along with a photo of the actor gazing into the camera with Moon Knight posters in the background.

In the comics, Moon Knight is a former mercenary named Marc Spector who was enlisted by the Egyptian moon god Khonshu to deliver his vengeance.

Moon Knight, also aptly known as the Fist of Khonshu, also suffers from mental health issues including dissociative identity disorder, which he got after adopting multiple distinct personas following his rebirth as Moon Knight.

Months before Marvel’s official announcement, however, fans had speculated that Isaac would be playing Moon Knight. “Falcon and The Winter Soldier” star Sebastian Stan also mentioned Isaac playing the character during a press conference back in March.

Isaac’s casting as Moon Knight also marks the actor’s return to Marvel, as he previously starred as the mutant Apocalypse in “X-Men: Apocalypse” back in 2016.  /ra