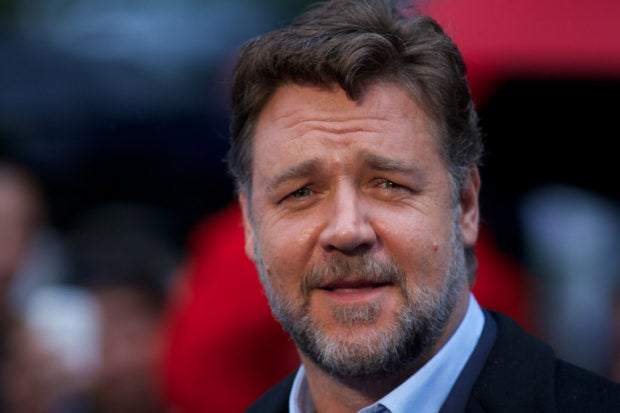 Russell Crowe revealed that he will be taking on the role of Zeus in the upcoming Marvel Cinematic Universe (MCU) film, “Thor: Love and Thunder.”

Crowe casually broke the news during an interview with the podcast “JOY Breakfast with the Murphys” on April 19. It was unclear, however, if it was meant to be a secret as Marvel has yet to comment on the matter.

“I’m gonna get on my bicycle. I’m gonna ride up to Disney Fox Studios, and around about 9:15 I shall be Zeus!” the “Gladiator” star said.

He also revealed that it was his last day of “Zeus-ing about” on the set of the fourth “Thor” film during the interview.

While Crowe did not reveal more details on his said role, Zeus is known as one of the many gods in Marvel comics and is one of the powerful skyfathers, alongside Thor’s father, Odin—who is now dead in the main MCU timeline.

Prior to the reveal, Crowe’s casting was first announced to be for a “secret role” just late last month, as reported by Deadline on March 29.

Through “Thor: Love and Thunder,” Crowe will also be reuniting with “3:10 to Yuma” co-star Christian Bale, who will, meanwhile, play as Gorr the God Butcher in the upcoming film.

In the “Thor” comics run by Jason Aaron, Gorr the God Butcher is an alien who gained the extremely powerful weapon called All-Black the Necrosword, which he used to hunt down and kill the gods in the universe. With the nature of his character, Bale is expected to cross paths with Crowe’s Olympian god Zeus in “Thor: Love and Thunder.”

Before joining the MCU, Crowe and Bale first both appeared in DC films: Crowe played Jor-El, the father of Henry Cavill’s Superman in 2013’s “Man of Steel,” while Bale famously portrayed Bruce Wayne a.k.a. Batman in “The Dark Knight Trilogy.”

The two big stars will be joining Chris Hemsworth as the God of Thunder himself, Natalie Portman as Dr. Jane Foster and Tessa Thompson as Valkyrie.

“Thor: Love and Thunder” is the fourth installment in the MCU’s “Thor” franchise and is the second “Thor” film to be directed by Oscar winner Taika Waititi. It is set for release in 2022.  /ra