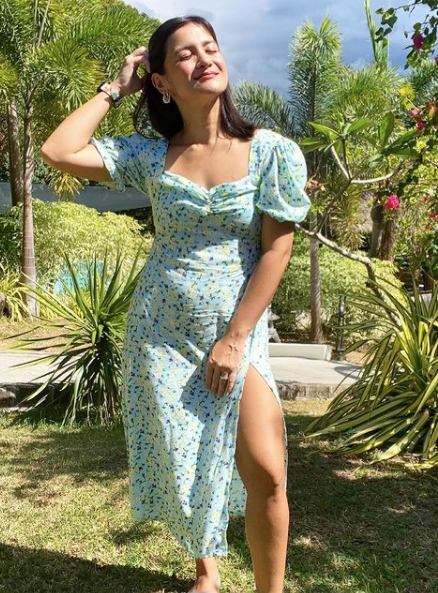 Camille Prats clarified that she is not the “Camille” of the social media love team “JaMill,” which recently became the center of a cheating controversy.

Several netizens have been sending Prats messages of support after they mistook her for Camille Trinidad of the said duo, Prats shared via Facebook last Thursday, April 22.

“Hi everyone!!! Been getting [a lot ]of private messages like these. I was also getting tagged and my photo also being posted,” Prats said, sharing screenshots of the said messages.

“Just to clarify something that started out as a joke/meme that I think lead to confusion, ibang Camille po iyon (that is a different Camille),” she explained.

Hi everyone!!! 🙂 Been getting alot of private messages like these.😅 I was also getting tagged and my photo also being…

One of the screenshots shows Prats clarifying to a netizen in a private Messenger conversation that she is a different Camille, although Prats noted that this was just an edited meme.

“The convo on the right was EDITED. I didn’t reply to anyone just like the message shown below,” she clarified. “Appreciate your kind messages guys but you got the wrong ‘Camille.'”

Fans seemed to have found the confusion hilarious, as Prats’ post has so far gained over 45,000 “Haha” reactions on Facebook and around 5,700 shares.

On April 17, Jayzam Manabat of the JaMill duo admitted cheating on Trinidad, who has been his girlfriend for 10 years. Manabat’s confession came right after Trinidad told the public that Manabat was cheating on her with four women.  /ra