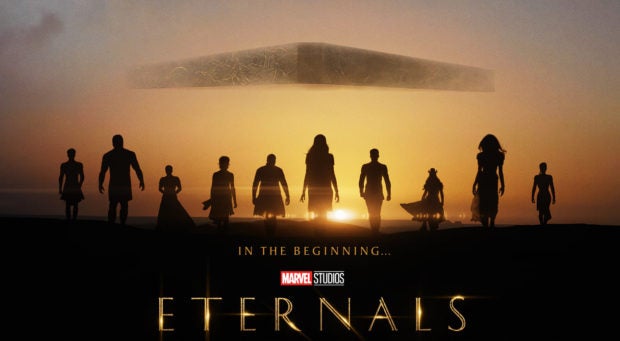 Marvel Studios has released a new teaser trailer and poster for the upcoming film “Eternals” yesterday, May 24, giving fans a glimpse of the superheroes who will be joining the cinematic universe.

The teaser shows a group of immortals who protect the Earth against mankind’s oldest enemy, The Deviants. It also reveals more about the titular Eternals and their unique powers.

“Throughout the years we have never interfered, until now,” an off-screen voice says as Skeeter Davis’ “The End of the World” plays in the background. The teaser ends with the Eternals gathered for a meal, discussing who will lead the Avengers next.

Marvel Studios also released a poster on its Facebook page on the same day. The poster shows the Eternals walking with the sun behind them and the vast night sky overhead. The film’s title and the words “in the beginning,” were also written in golden stylings.

“Eternals” is set for release on Nov. 5. It is helmed by Chloe Zhao who recently won an Oscar for Best Director for “Nomadland.” JB