Sisters Gretchen and Marjorie Barretto may be taking swipes at one another with their new bionotes on Instagram.

Gretchen changed her description on Instagram to “Ghost Buster” while her younger sister Marjorie described herself as a “Ghost Writer”, as seen in their Instagram profiles today, Aug. 11. 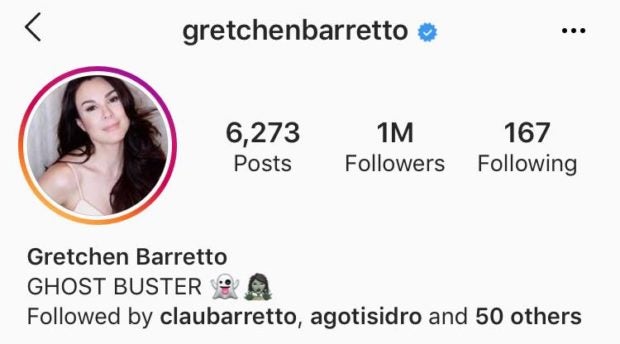 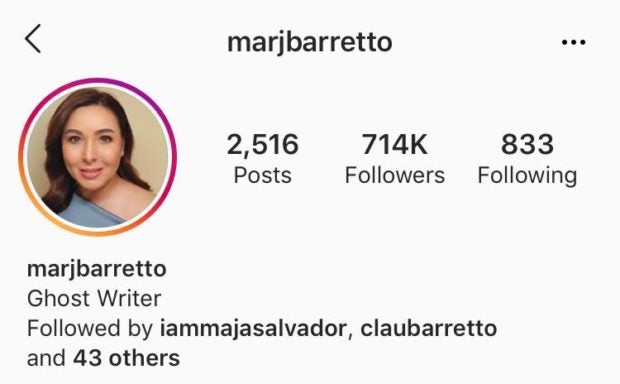 The changes came after Gretchen alleged Marjorie’s daughter, Julia, of hiring a ghostwriter for the latter’s statement on her supposed involvement in Bea Alonzo and Gerald Anderson’s breakup.

Gretchen has been estranged from her family for years. She reconciled with sister Claudine last March.

Julia’s statement criticized Alonzo, and claimed that the actress was bullying her.

Alonzo previously made a cryptic Instagram post, about how one cannot “make the same mistake twice.” This was speculated by fans to be in reference to Anderson. There was no mention of Julia in the said post.

Meanwhile, it was noticed by fans that Alonzo had liked Instagram posts and/or comments claiming Anderson was seeing Julia, after the two were seen at a party last month.

Despite Alonzo never including Julia in her statements on her split with Anderson, fans and celebrities have expressed their support for the two actresses.

Gretchen has been vocal about her backing of Alonzo in the controversy and had previously sent flowers to Alonzo in the midst of the speculations. They were co-stars in the 2010 teleserye “Magkaribal”.

Other celebrities such as Kris Aquino and Lolit Solis have weighed in on the issue, giving their two cents via social media. Aside from prominent names in the entertainment industry, Associate Justice Marvic Leonen also reacted to the controversy last Wednesday, Aug. 7. JB