Rodriguez’s birthday was yesterday, Aug. 10, while her husband Robin’s is on Nov. 23.

“The biggest surprise of the night… President Rodrigo Roa Duterte!!!!!” Mariel Rodriguez said in her Instagram post today, Aug. 11. The post was accompanied by photos of President Duterte at the event. 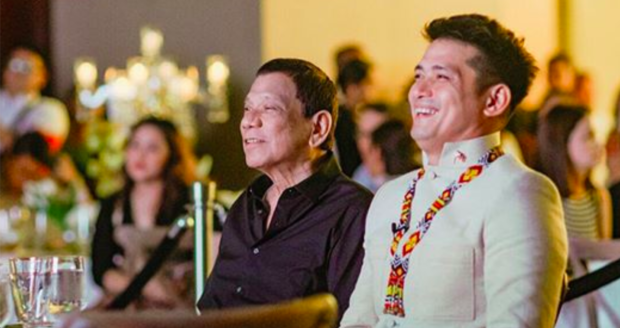 “Your presence made Robin’s 50th most special,” Rodriguez stated.

Senator Bong Go also went to the event alongside the President. Duterte also appears to have given a speech during the celebration, as seen in Rodriguez’s series of photos in said post.

The biggest surprise of the night… President Rodrigo Roa Duterte!!!!! Thank you sooooooo much!!!! Your presence made Robin’s 50th most special. We also want to thank Senator Bong Go and his office. Maraming Salamat po sa Office of the President, Ms. Bubbles, PMS and PSG. To our team yaaay success!!!! @vidanes_cm @betchayvidanes @kayegarcia13 @labellefete @casaluxia @printdivas @niceprintphoto i will share all the details with you guys on my youtube channel later 9pm!!! Yay!!! #ProudToBeBinoy

Padilla has been a long-time supporter of the President and Go and has always been vocal about this. In the recent May elections, Padilla graced a number of events for Go’s senatorial bid.

Rodriguez threw Padilla a surprise birthday party because she, and their daughter Maria Isabella, will not be able to celebrate with him during his birthday in November, as per her Instagram post yesterday, Aug. 10. Ryan Arcadio/JB