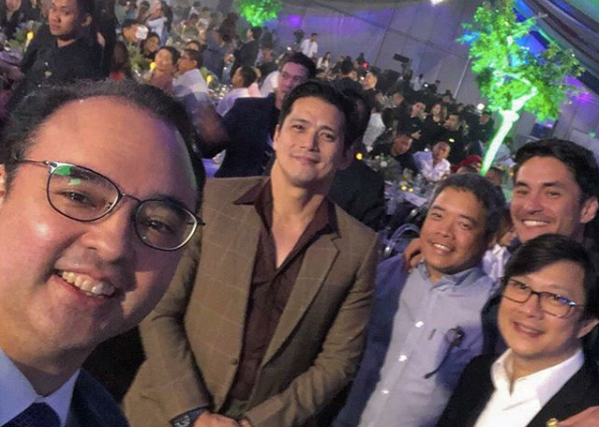 Action star Robin Padilla was once again in the company of President Rodrigo Duterte, who he calls his “friend,” last April 5, in the Sofitel Philippine Plaza in Pasay City, for a dinner gathering.

It was followed by a concert in the Sofitel Harbor Garden Tent which was hosted by Marinduque Representative Lord Allan Velasco and attended by many key political figures, such as former President and now Pampanga congresswoman Gloria Macapagal Arroyo. House Speaker Pantaleon Alvarez was also present.

(Once again, my teacher and beloved President Rodrigo Roa Duterte gave a speech about love of the Mother Land. His every word is a revelation, stands for brotherhood, and unity and sympathy for the less fortunate countrymen.) 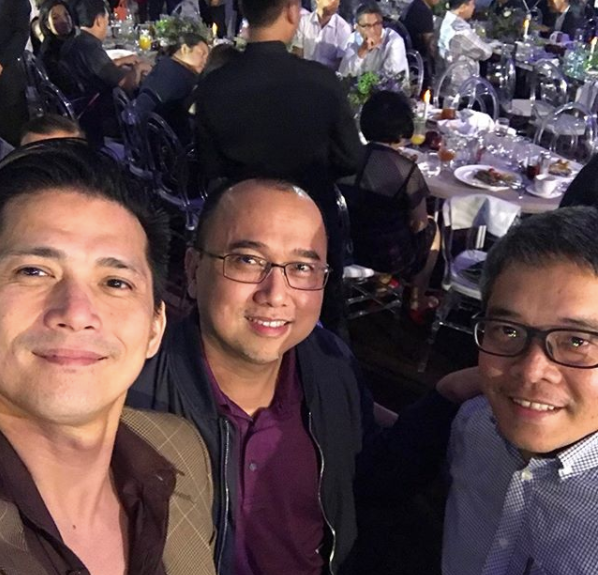 Robin Padilla and his companions in the dinner-concert in Sofitel last April 5. Image: Instagram/@robinhoodpadilla

(The threat is also clear for the corrupt in government because they have not yet disappeared, and their wickedness and crookedness still reign.)

Moreover, Padilla mentioned that it was President Duterte who has awoken in him his dream of a revolutionary government.

(My President has once again revived my desire for a revolutionary government; there truly is no easiest way towards federalism other than to embrace the thwarted revolution of Andres Bonifacio.) 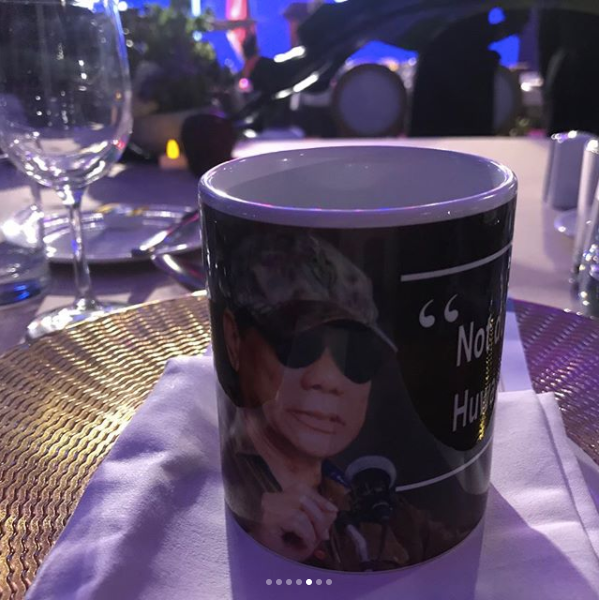 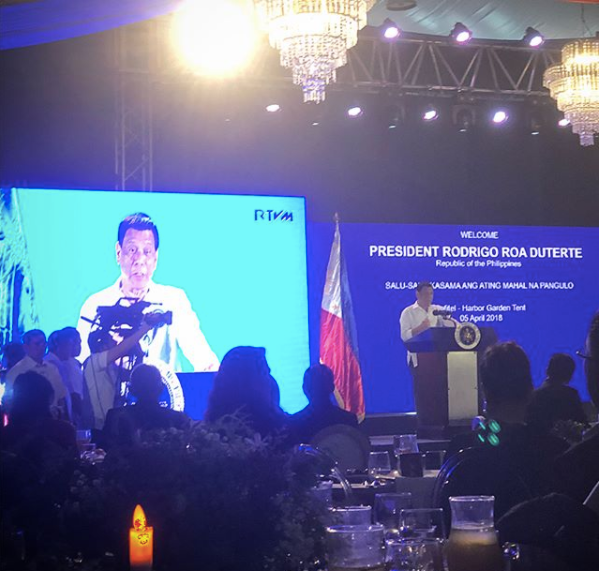 (If the citizens really would not ask for a Revolutionary Government, we got no other recourse but to force General Bong Go to run for senator. If there is one who knows the big heart and intelligent mind of El Cid/Mayor/PRRD, it’s none other than SAP Bong Go.)

(Replace the old faces in the Senate and Congress. Anyway, they have been there for the longest time and have done nothing for the majority who are poor and destitute.) 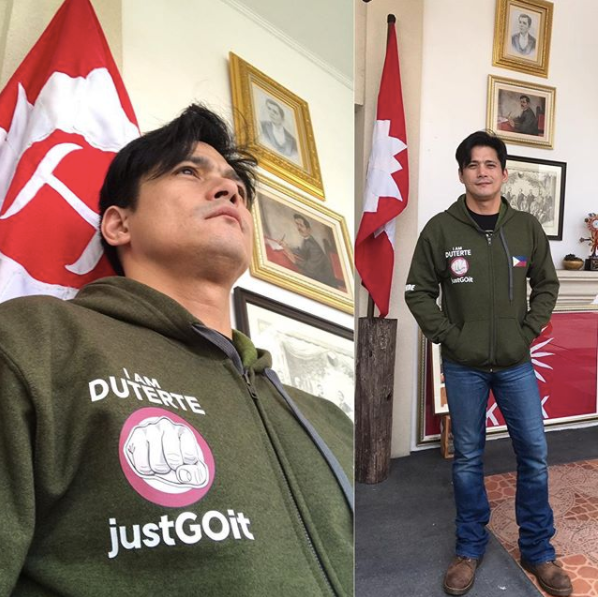 Padilla is all out in his support for Go. He shared a picture of him wearing an army green jacket with the words “I AM DUTERTE” and “justGOit,” surrounding a logo of President Duterte’s signature clenched fist.

Meanwhile, his memorabilia of the 1896 Philippine revolution were in complete view behind him as he posed. His collection includes the red flag of the Katipunan as well as portraits of Bonifacio and other Philippine heroes. JB