Derek Ramsay has expressed his support for his friend, actress Bea Alonzo, amid issues concerning her relationship with ex-boyfriend Gerald Anderson.

One of the strongest, smartest and talented women i know. You are amazing @beaalonzo Keep smiling!!!!!!

(F*ck her immediately, dude, so she can move on.) 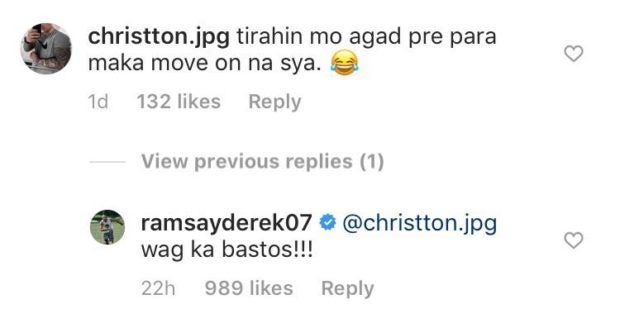 Ramsay’s words of encouragement came after Alonzo recently revealed that Anderson had not formally broken up with her, and instead just stopped talking to her. Alonzo made the statement when interviewed by showbiz reporters during a story conference of her upcoming TV series.

Speculations have it that Anderson cheated on Alonzo with actress Julia Barretto.

Ramsay is known to be friends with Alonzo as they have worked together in several films and TV series together. Their most recent project together was starring in the 2018 film “Kasal”. They also starred in the 2010 series “Magkaribal”, alongside Gretchen Barretto who recently also expressed her support for Alonzo. JB

Cayetano dares Velasco to probe Phisgoc: Put me in jail if you find anomalies