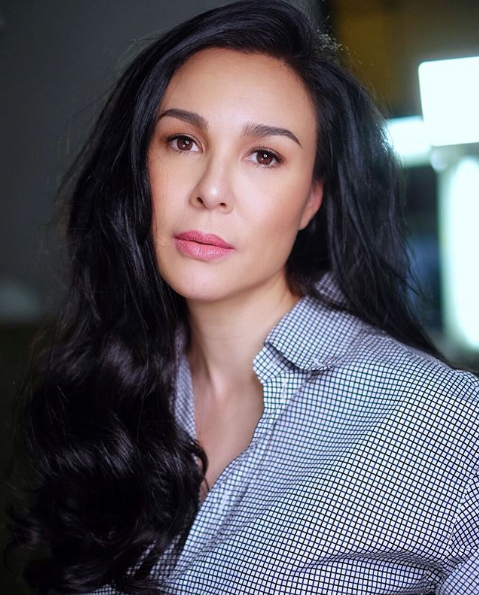 After rumors spread that Bea Alonzo was cheated on, among her gift-givers was Gretchen Barretto. Image: Instagram/@juansarte

Bea Alonzo has been receiving bouquets and baskets of flowers of support after rumors that she and Gerald Anderson had split and that a third party was involved.

Among the gift-givers was Gretchen Barretto, who sent her a pot of white orchids, Alonzo shared in her Instagram Stories on Thursday, July 25. The gift included a note that said, “Sending you LOVE. Love, Ate Gretchen.” 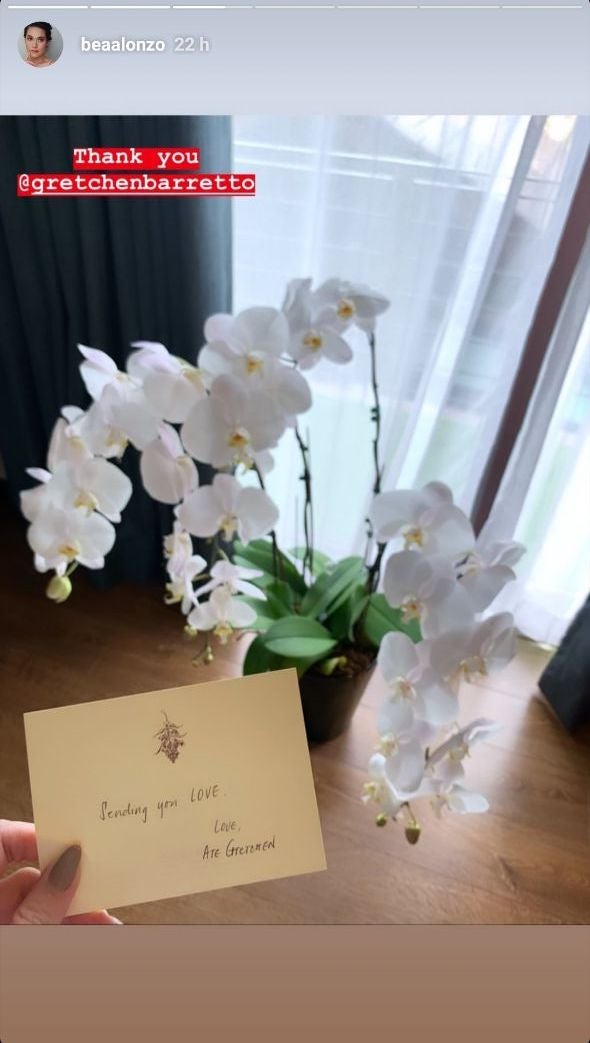 Alonzo stirred speculations when she made a cryptic Instagram post on Sunday that said, “enough.” Around this time, it was noticed that she liked Instagram posts that claimed Anderson was seeing Julia Barretto after the two were seen at a party over the weekend.

Gretchen was among those who showed support for Alonzo in the comments section of her Sunday Instagram post. “I love you my dearest one,” she wrote. They were costars in the teleserye “Magkaribal.”

Julia has noticeably turned off the comments section on her Instagram after she was sent hateful messages. Her mom, Marjorie Barretto, Gretchen’s younger sister, has been actively defending Julia online.

Gretchen has been estranged from her family for years. She has since reconciled with sister Claudine Barretto last March.  /ra

Read Next
Bodjie Pascua opens up about marrying his best friend this year
EDITORS' PICK
Geek out at TOYCON 2022 powered by Smart Signature
UK’s Boris Johnson will resign, BBC reports
High-risk pregnancy: Reducing your risk is in your hands
House energy committee chair Arroyo bats for cheap electricity
High inflation: Your P1 is now worth only 87 centavos
Unemployment rate up to 6% in May
MOST READ
Suspect in grisly killing of missing woman in Bulacan arrested
Hong Kong suspends flight bans as it eases COVID-19 rules
Kim Atienza’s daughter flaunts bikini body in response to critics of her ‘revealing photos’
Cop slain in Isabela ambush
Follow @NGunoINQ on Twitter
Don't miss out on the latest news and information.