Jennifer Lopez recounts 2004 split with Ben Affleck: 'I felt like I was gonna die' | Inquirer Entertainment

Jennifer Lopez recounts 2004 split with Ben Affleck: ‘I felt like I was gonna die’ 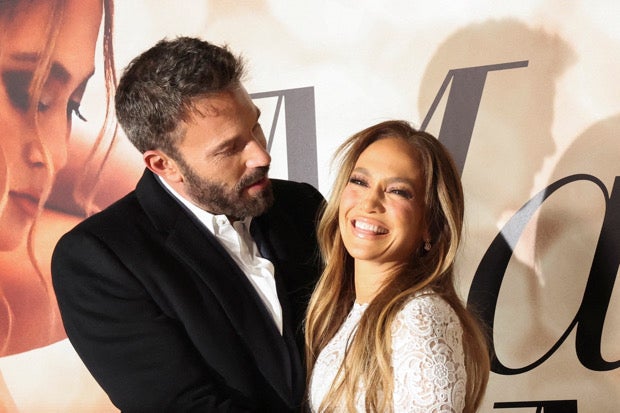 Jennifer Lopez and Ben Affleck attend a special screening of the film “Marry Me” at the Directors Guild of America in Los Angeles, California, U.S., Feb. 8, 2022. Image: Reuters/Mario Anzuoni

Jennifer Lopez opened up about her relationship with Ben Affleck and how calling off their first engagement in 2004 “sent her on spiral” for 18 years.

The singer-actress looked back on their breakup as she spoke about the inspirations behind her 2002 album “This Is Me… Then” and its upcoming follow-up “This Is Me… Now.” This was during an interview with radio DJ Zane Lowe for Apple Music, as seen on its YouTube channel on Tuesday, Nov. 29.

“‘This Is Me… Then’ really captured a moment in time where I fell in love with the love of my life,” she said. “It’s all just right there on the record and I didn’t even realize what was happening or what I was doing.”

As the tracks reflected her then-relationship with Affleck, Lopez admitted that she came to a point when she did not want to perform any of those songs after their split.

“Once we called off that wedding 20 years ago, it was the biggest heartbreak of my life and I honestly felt like I was gonna die,” she told Lowe. “It sent me on a spiral for the next 18 years where I couldn’t get it right.”

Lopez considers her avoidance of performing “This Is Me… Then” songs at the time as her “survival tactic” to cope with the pain.

“But now, 20 years later, it does have a happy ending. It has the most, would-never-happen-in-Hollywood ending,” she stated, referring to her rekindled romance with Affleck which is the highlight of her forthcoming album.

“When he came back into my life, the same thing happened where I felt so inspired and so overtaken with emotion that it was just pouring out of me,” she added. “When I feel good, I write music. And I wrote music, and I got in the studio in I think May, and by August, when we got married, it was done.”

The rekindling of romance between Lopez and Affleck was confirmed to the public in June 2021, after paparazzi photos of them kissing were published by the New York Post. In April 2022, Lopez made their engagement public.

The couple, dubbed as “Bennifer,” then obtained a marriage license in Las Vegas in July, then got married again in a lavish ceremony in August.

Lopez announced the 2023 release of “This Is Me… Now.” The announcement came a few days after she wiped her Instagram page clean, which some music observers believed might have something to do with her album launch. No explanation has been offered by her camp up to this time, however. EDV