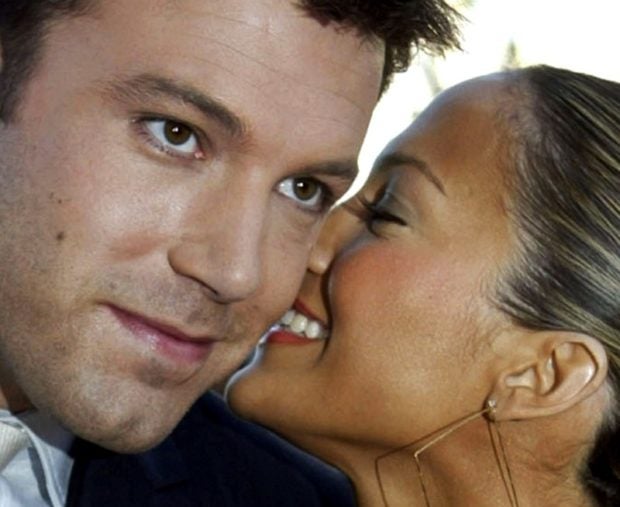 Actor Ben Affleck, star of action film “Daredevil” listens to his then fiancee, actress Jennifer Lopez as they arrive for the film’s premiere in Los Angeles Feb. 9, 2003. Image: Reuters/Fred Prouser

Ben Affleck shared his take on second chances and “healthy boundaries” as he rekindles his relationship with Jennifer Lopez.

“I am very lucky in my life in that I have benefited from second chances, and I am aware that other people don’t even get first chances,” as per an exclusive interview with The Wall Street Journal via Elle magazine yesterday, Dec 1. “I’ve had second chances in my career, I’ve had second chances as a human being. Life is difficult, and we are always failing and hopefully learning from those failures.”

Though his statements on his romance with Lopez were “restrained,” Affleck regarded the renewed romance as a “beautiful” thing. He noted how he learned that some things are better kept off from the public.

“You can write conjecture about it, but one of the harder lessons that I have learned is that it’s not wise to share everything with the world,” he was quoted as saying. “I know that I feel more comfortable having those healthy boundaries in my life around which, in a friendly and straightforward way, I tell you, I just don’t want to be talking about my personal relationship in the newspaper.”

The American actor and filmmaker also spoke about his realizations on the things that he learned to value the most in his life for the past few years, saying, “Only in the last four years have I been able to not be so terrified, because I recognize I won’t die without work.”

Affleck and Lopez’s relationship started way back in 2002, when they met and got engaged. Lopez confirmed that the engagement is off by January 2004. Their comeback as couple was apparently confirmed to the public last June, after paparazzi photos of them kissing were published by the New York Post. Anne Pasajol/JB

Bennifer have arrived! Ben Affleck and Jennifer Lopez in Venice for filmfest

For Ben Affleck and Matt Damon, working together is a lot of fun

Read Next
LOOK: Chie Filomeno flaunts curves as 2022 calendar girl
EDITORS' PICK
Acer starts the year off strong with the Aspire Vero National Geographic Edition
Gear up and get ready to play with Yamaha Mio Gear
PH to import 60,000 tons of fish to cover shortage
Workers are exempted from ‘no vax, no ride’ policy – DOLE chief
Over 3 Million worth of prizes to be won at Smart Padala’s SENDali Manalo Promo!
#VotePH2022: COVID, power woes loom as poll concerns
MOST READ
Guevarra to Acosta: Obey rules on unvaccinated
Emma Stone calls Andrew Garfield a ‘jerk’ after he ‘lied’ about his ‘Spider-Man: No Way Home’ appearance
Cold-case investigation names surprise suspect in Anne Frank’s betrayal
Czech anti-vax singer dies after deliberate infection
Don't miss out on the latest news and information.