Bennifer have arrived! Ben Affleck and Jennifer Lopez in Venice for filmfest 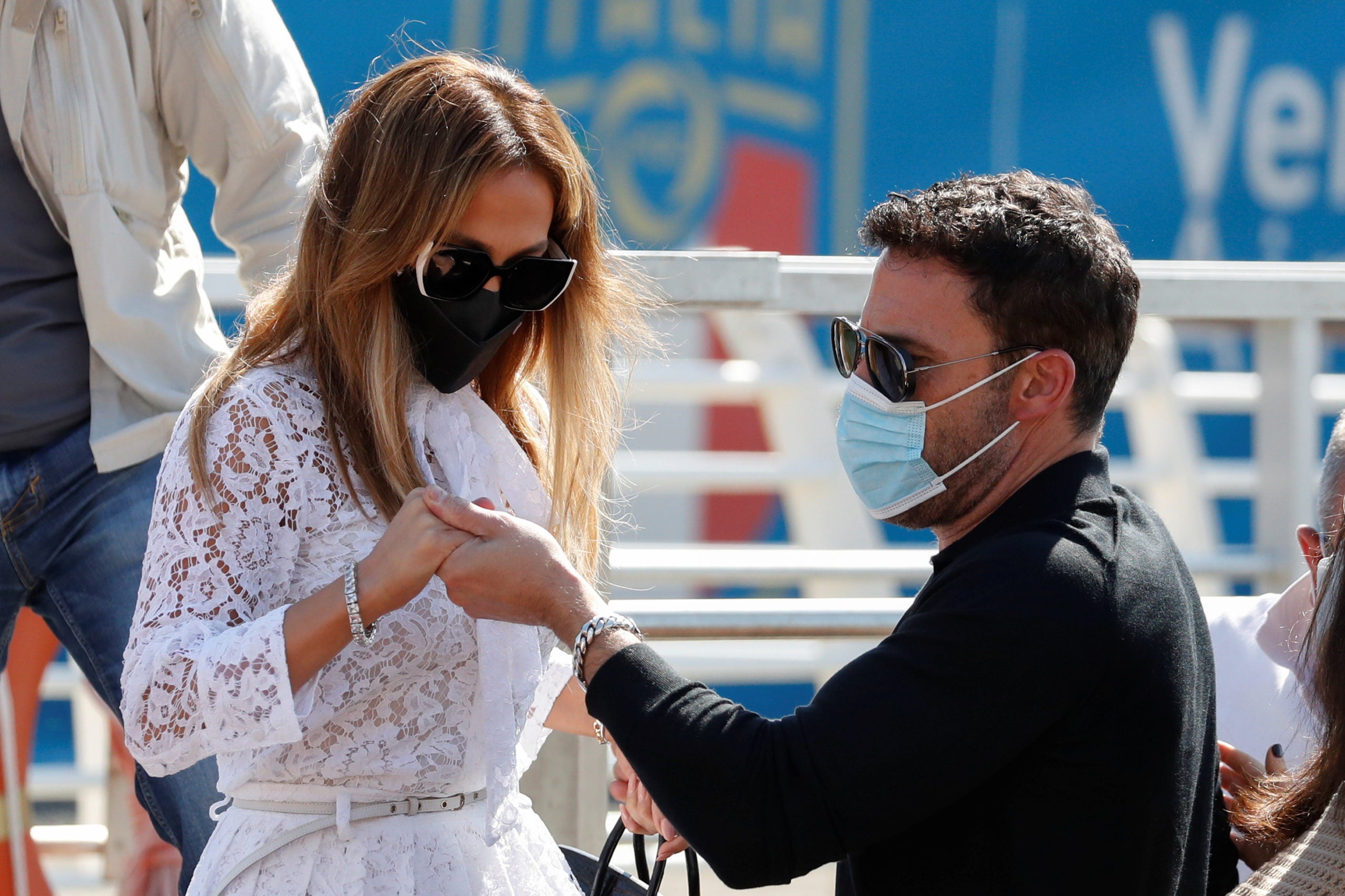 Jennifer Lopez and Ben Affleck arrive in Venice the day before the screening of “The Last Duel”, in Venice, Italy, September 9, 2021. (REUTERS)

VENICE  – Looking radiant and holding hands, singer Jennifer Lopez and actor Ben Affleck arrived for the Venice Film Festival on Thursday, getting into a water taxi to be whizzed off to their luxury hotel in the lagoon city.

Affleck is in Venice for the festival premiere of Ridley Scott’s medieval epic “The Last Duel”, which also stars his close friend Matt Damon.

Once in the water taxi the couple had a brief cuddle as Affleck put his arm around Lopez.

Affleck and Lopez, a glamorous duo known popularly as “Bennifer”, have recently rekindled their romance after almost 20 years.

They became the most talked about couple in the celebrity world in the early 2000s, with his-and-her luxury cars and a large 6.1-carat pink diamond engagement ring for Lopez. But they abruptly called off their wedding in 2003 and split up a few months later.

Lopez was expected to join Affleck on the film festival’s red carpet on Friday evening.