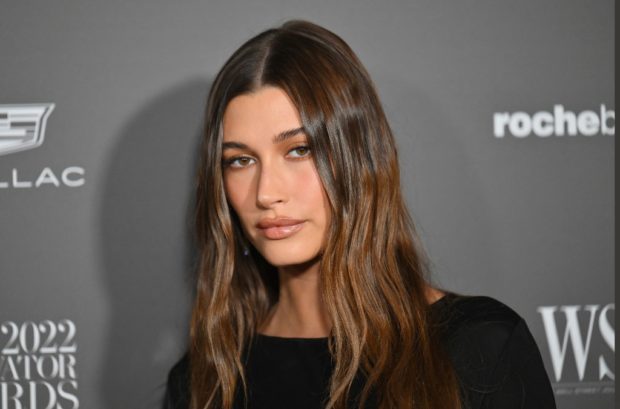 Hailey Bieber shrugged off pregnancy speculations as she revealed that she is suffering from an ovarian cyst that is “the size of an apple.”

The American model and Rhode Beauty founder made this health update by showing her midriff on her Instagram Stories today, Nov. 29 (Nov. 28 in the United States).

“I have a cyst on my ovary the size of an apple,” she said, adding that she got an ovarian cyst “a few times” and it was “never fun” for her.

“It’s painful and achey and makes me feel nauseous and bloated and crampy and emotional. Anyways… I’m sure a lot of you can overly relate and understand. We got this,” Bieber added.

Meanwhile, she dismissed pregnancy speculations by putting a “no baby” caption on her belly.

Bieber did not provide information on the nature of her cyst, but assured fans that she does not have endometriosis or polycystic ovary syndrome (PCOS). According to Mayo Clinic, endometriosis is a condition in which cells similar to the lining of the uterus grow outside the uterus, while PCOS is a hormonal issue that happens during the reproductive years. 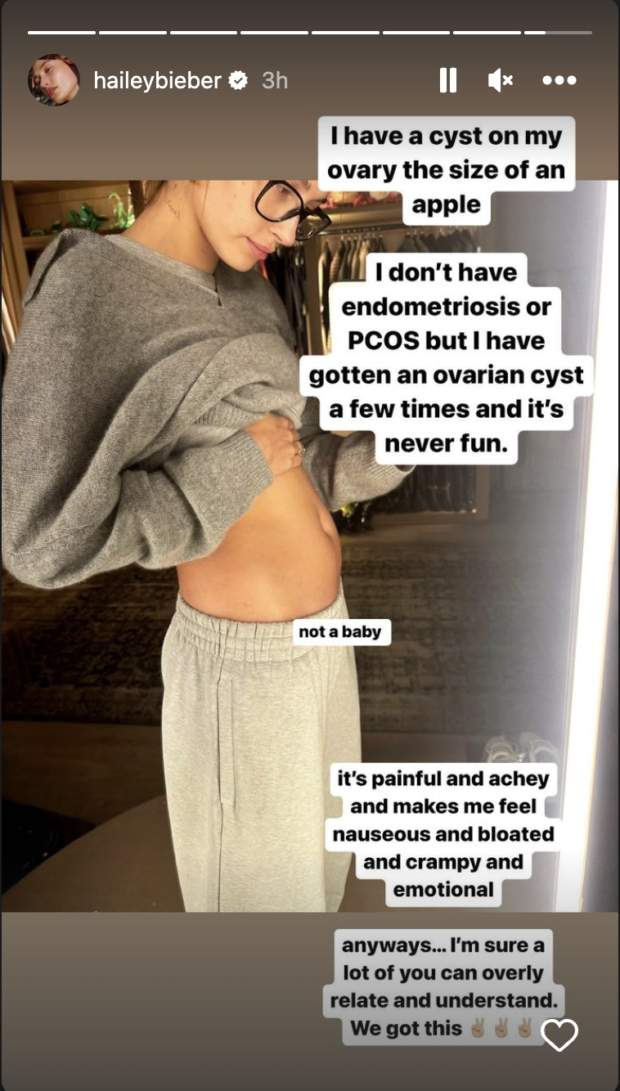 Hailey, who is married to singer Justin Bieber, has been openly talking about her health condition over the past months. Last March, she revealed having a “ministroke” as a result of a blood clot found on her brain. This stroke led to the discovery of a heart condition, which was eventually treated as well.  /ra