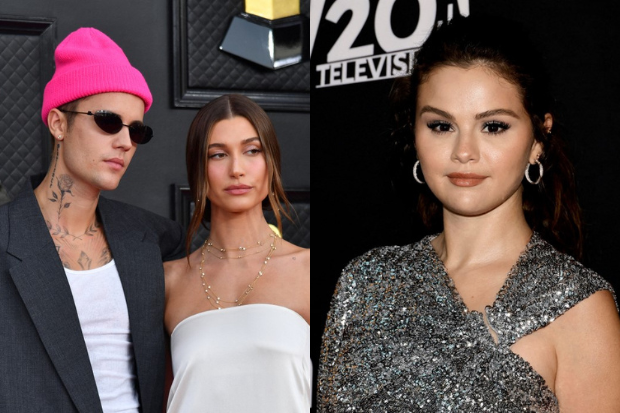 Hailey Bieber has refuted claims that she “stole” her husband, Canadian pop star Justin Bieber, from Selena Gomez, as the American singer-actress seemingly responded by calling out “vile and disgusting” comments.

The American model, while not mentioning Gomez’s name, opened up on the “hate” she has received since being in a relationship with Justin, when she guested on host Alex Cooper’s “Call Her Daddy” podcast last Wednesday, Sept. 28. The subject was brought up when Cooper asked Hailey if she had been romantically involved with Justin while he was in another relationship.

“When he and I started hooking up or anything of that sort, he was not ever in a relationship. Ever. At any point,” Hailey stressed. “It’s not my character to mess with someone’s relationship. I was raised better than that.”

Hailey said that she understood “how it looks from the outside,” adding that she respects the “history” between the ex-couple and knows they had closure.

“I know for a fact that it was the right thing for them to close that door. They were not in a relationship at the time, but of course there’s a very long history there,” Hailey explained.

“It’s not my relationship, and I respect that a lot, but I know that it closed a chapter and I think it was the best thing that could have happened for him to move on,” she added.

For Hailey, the negative comments regarding her relationship with Justin were likely from some fans who wished Justin had ended up with his ex.

“A lot of the hate [comes] from like, ‘Oh you stole him’ and I guess maybe that just comes from the fact that they wished he had ended up with someone else. And that’s fine, you can wish that all you want, but it’s not the case,” she said.

Gomez appeared to have reacted to the interview as she held a TikTok Live session with fans. Though she did not mention Hailey or Justin’s names, she reminded the public that “words matter,” as per Billboard yesterday, Sept. 30.

“I think some of the things that I don’t even need to be aware of are just vile and disgusting, and it’s not fair, and no one, ever, should be spoken to in the manner that I’ve seen,” Gomez said.

The “Lose You to Love Me” singer also noted that if fans truly support her makeup brand Rare Beauty, they would stand by its call for kindness.

“All I have to say is, it’s incredibly ironic that I would release something that is all about kind words, ’cause that’s exactly what I want,” she told fans. “If you support Rare, I cannot thank you enough, but know that you are also representing what it means. And that is: Words matter. Truly matter.”

Justin and Gomez were in a public on-again, off-again relationship for years until they eventually broke things off in 2018.

Hailey and Justin, who had also previously dated on and off, then got engaged a few months later in July 2018. They tied the knot in September of the same year.  /ra