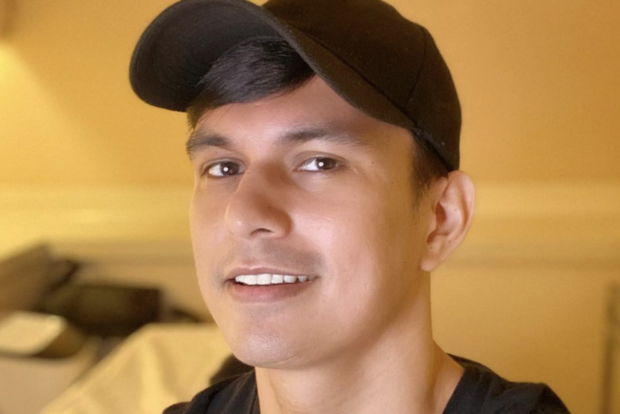 Tom Rodriguez is now “happily moving on” after his split with actress Carla Abellana, stressing that he is enjoying his life in the United States and is not open to romance for now.

The actor, who turns a year older today, Oct. 1, opened up on his life in the US in an interview with comedian Ogie Diaz for the latter’s YouTube vlog yesterday, Sept. 30.

“I’ve been through a dark night of the soul these past few months and a lot of things that I didn’t think I would make it through, but my family has been [there] all throughout,” he told Diaz. “The kindness of strangers, people I’ve just met, people I’ve known before who have truly helped me along.”

When asked if he has communicated with Abellana, Rodriguez brushed off the topic, but expressed the hope that the actress would move forward as well.

“I would rather refrain from commenting. At the same time, I’m happily moving on in my own path. I hope, I wish the same for her,” he answered.

For now, Rodriguez is focused on himself and his family. He also emphasized that finding a partner is not his priority for now.

“It’s not what I’m looking for right now. Gusto kong buuin ‘yung sarili ko. Ini-enjoy ko ‘to na binubuo ko ‘yung sarili ko and yet I’m not stopping or closing my doors to anything, experiences or anyone here,” he said. “I’m just enjoying my life.”

(…I want to make myself whole. I am enjoying working on myself and yet I’m not stopping or closing my doors on anything, experiences or anyone here. I’m just enjoying my life.)

While not mentioning specific speculations on his breakup with Abellana, Rodriguez laughed off issues surrounding him and said such matters do not bother him anymore.

“Whatever it is, whatever people are thinking, it really doesn’t matter. It’s my family, my loved ones, myself. Okay na ‘yung alam ko (Knowing for myself is enough),” he said. “It doesn’t really bother me. Everyone is free to speculate or think whatever they want. I’m giving them permission.”

Speculations on Abellana and Rodriguez’s separation came months after their wedding in October 2021, when fans noticed that they unfollowed, then followed each other again on Instagram.

The actress’ father, Rey “PJ” Abellana, then confirmed last March that the pair was indeed having marital problems. He claimed that a “one-night stand” was involved, but later retracted this.

Abellana eventually broke her silence on the split and said that she was “made to look stupid” by Rodriguez, adding how she was not allowed to feel angry or disappointed throughout their seven-year relationship as a couple. In the same month, Rodriguez announced that his divorce from Abellana was already final.  /ra

Tom Rodriguez to those alluding to his split with Carla Abellana: ‘Let’s refrain from shaming others’