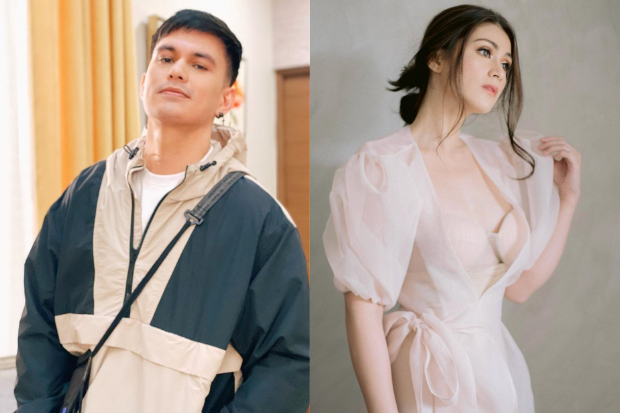 Tom Rodriguez has spoken up on his separation from actress Carla Abellana, announcing that he has divorced from her and is now with his family in the United States.

The Kapuso actor broke his silence on the issue via a statement shown on his talent manager Popoy Caritativo’s Instagram page yesterday, June 17.

“I left the Philippines for the U.S. last March 13, with the realization that despite all my efforts, Carla had already given up on our marriage,” Rodriguez said. “A lot has been said against me but in the end, Carla and I are the only two people who know the truth. I refuse to allow anyone, who only wants to use us and our brokenness, for news.”

He said that while his relationship with Abellana was not perfect, they did love each other. He opted not to talk about the reasons behind their split, noting that “lies” which were “completely untrue” and “unfair” had been said about him.

Rodriguez also confessed that he had “fallen short as a partner,” disclosing that he was scammed and lost all of his money at one point. However, he stressed that “at no time did I ever lay a hand on Carla.”

The actor stated that he has accepted Abellana’s decision to go their separate ways. He admitted that moving forward from their relationship would be lonely and painful for him, but pointed out that he has a strong support system with family in the US.

“Now that the divorce decree is final, I truly wish Carla’s birthday wish be granted and that she finds the happiness she is searching for,” he said. In Abellana’s birthday post last June 12, she expressed her hopes “to be happy.”

“This will be the last you will hear from me on the matter. I have no desire to violate the gag order issued on us and our lawyers,” Rodriguez added.

Rodriguez, an American citizen, was presumably able to obtain a divorce decree in the US where he is staying. He and Abellana would still need to file a petition for recognition of foreign divorce in a Philippine court for it to take effect in the Philippines.

Rodriguez’s revelation comes days after Abellana spoke up on their separation via comments on her YouTube vlog.

According to the actress, she was “disrespected,” “betrayed” and “lied to,” among other things. She also said that during their time together as a couple, she was not allowed to feel angry, hurt, disappointed or sad.

Abellana disclosed that she asked Rodriguez to seek professional help, though the actor did not “change.”

Speculations that Abellana and Rodriguez separated came months after their wedding in October 2021. Last February, eagle-eyed fans noticed that the two unfollowed, then followed each other again on Instagram.

The actress’ father, Rey “PJ” Abellana, then confirmed last March that the pair was indeed having marital problems. He claimed that a “one-night stand” was involved, but later retracted this.

Earlier this month, Rodriguez dropped a cryptic photo of someone breaking free from chains and revealed that he was given a “gag order,” amid rumors that Abellana was preparing documents for a marriage annulment.  /ra

Read Next
Vilma Santos on Nora Aunor’s National Artist conferment
EDITORS' PICK
What to watch out for when selecting a video surveillance solution
Unleash the photographer in you this World Photography Day with vivo smartphones
Metro Manila’s COVID-19 cases on downward trend, but surge not over — OCTA
House energy committee chair Arroyo bats for cheap electricity
Look Through: The fate of impounded stray dogs
Palace warns sugar hoarders after raid on Pampanga warehouse
MOST READ
DOJ indicts bank officer in $2.1 billion Wirecard fiasco
Vice Ganda dismisses rumors he broke up with Ion Perez: ‘Masaya kami’
PNP bars US legislators’ visit to De Lima due to lack of authority from court
Palace warns sugar hoarders after raid on Pampanga warehouse
Don't miss out on the latest news and information.