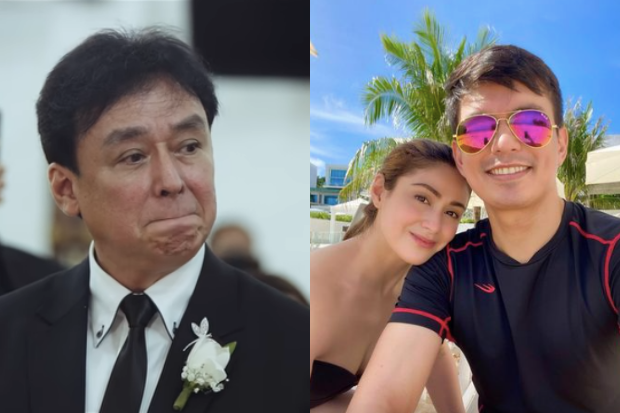 Rey “PJ” Abellana has taken back his “one-night stand” remark about his son-in-law, actor Tom Rodriguez, after he earlier stated that it was involved in the latter’s marital problems with his daughter Carla Abellana.

Rey retracted his story about a “one-night stand” being involved in Carla and Rodriguez’s rumored split during an exclusive interview with “24 Oras” as seen on YouTube yesterday, March 15.

Rey stressed that he did not get to properly explain the issue involving a “one-night stand” when he had his interview with columnist Cristy Fermin last Friday, March 11. For him, the remark was said abruptly and like a “shortcut,” leading to his daughter being upset over how he handled the interview.

“She was mad. She was questioning me, why it came up that way. Of course, I explained it to her right away and after explaining my side, hindi na din naman siya nag-message ulit (she did not message again),” he recounted.

Rey expressed hope that the couple would communicate with each other and work out their marital issues. He also noted that when Rodriguez spoke to him to explain his side, his son-in-law kept on telling him that he “wants his wife back.”

Rumors about Rodriguez and Carla’s supposed split circulated last January, after fans noticed that the couple unfollowed and eventually followed each other again on Instagram. Despite the speculations, Rodriguez declared love for his wife last Feb. 11, while Carla was earlier spotted without her wedding ring in her vlog last Feb. 5.

Carla and Rodriguez got married in October 2021. They have been together since 2014, after starring together in the GMA TV series “My Husband’s Lover.”  /ra