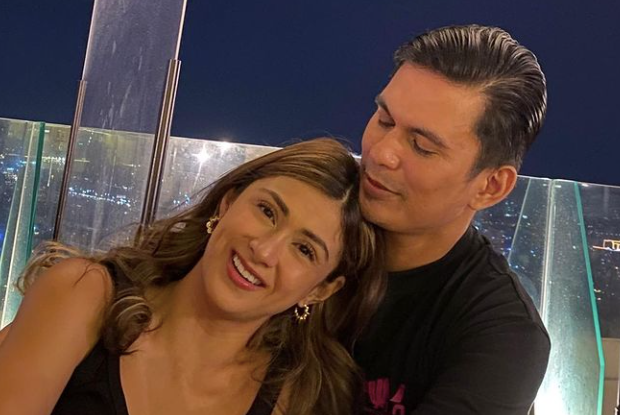 Tom Rodriguez today expressed love for his wife, actress Carla Abellana, amid speculations that they have separated.

The actor made this declaration on Abellana’s Instagram page Feb. 11. In the actress’ post, she stunned fans in what looks like a photo shoot where she donned a white deep v-neck top, black pants and a checkered messenger hat.

Rodriguez was among those who left positive comments on Abellana’s post as he professed his love for Abellana.

“I love you,” he said to this wife, along with three heart emoji.

Abellana is yet to reply to Rodriguez, though his comment has gained more than 2,000 likes as of this writing.

Rumors that Abellana and Rodriguez have broken up started after eagle-eyed fans noticed that the couple unfollowed and then followed each other again, on Instagram last month. They also posted cryptic photos on their respective accounts, leading fans to speculate that their marriage was on the rocks.

Speculations then continued when Abellana was seen without her wedding ring in her YouTube vlog last Feb. 5.

Beauty queen Kelley Day got involved in speculations after columnist Cristy Fermin released a blind item about a third party in the couple’s supposed split, also last month. Fermin hinted that the third party has a surname referring to days in a week. Day has dismissed the said rumors.

Abellana and Rodriguez got married in Batangas in October 2021, after being together for seven years.  /ra