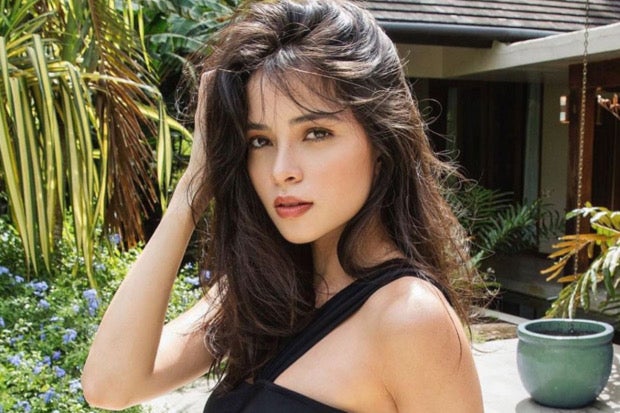 Miss Eco International 2020 first runner-up Kelley Day has addressed the pregnancy and third-party rumors hounding her, in connection with the perceived breakup of fellow celebrities Carla Abellana and Tom Rodriguez.

Breakup speculations between Abellana and Rodriguez sparked after eagle-eyed netizens noticed that the couple unfollowed each other on Instagram on Tuesday, Jan. 25. They also posted cryptic posts on their respective accounts, which further fueled fans’ speculations. The couple have since followed each other again as of this writing.

Speculations involving Day arose after columnist Cristy Fermin gave a blind item on her segment “Cristy Ferminute” about a supposed third party in Abellana and Rodriguez’s relationship, via One PH’s YouTube channel yesterday, Jan. 26. Fermin had hinted that the third party has a surname that refers to days in a week.

Though she did not name the couple, Day spoke about the issue, stressing that she was clueless on why she got involved in it, as per her Instagram Story today, Jan. 27. The beauty queen denied being pregnant, noting that she went to the United Kingdom to attend the funeral of a family member.

“Many people are speculating about my involvement in a certain rumor [or] blind item story that seems to have been circulating today. So before things get too out of hand, I’d like to clarify that I have no knowledge of [or] involvement  with the controversy,” she said.

“I’ve travelled to the [United Kingdom] to attend the funeral of a family member, and to spend time with my UK-based family,” she added. “I’m not pregnant (nor have I ever been). I have never had anything close to romantic involvement [or] interest with the person.”

Day told fans how she respects “the couple” and that they have always treated her with kindness. She then warned the public against fake news and reminded them to be cautious with what they consume online.

“I hope this clears up the false rumors involving me. So much fake news out there nowadays,” she stated. “I hope we can take more caution with what we choose to believe online.” 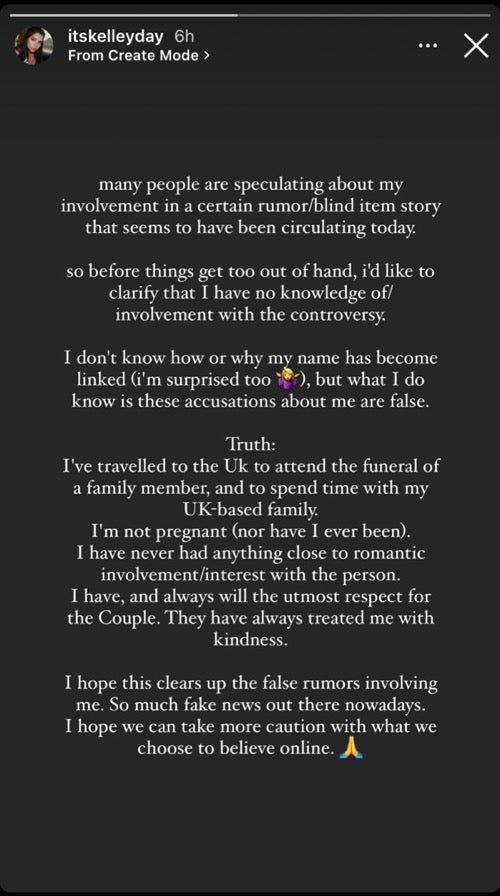 Abellana and Rodriguez tied the knot in October last year, after announcing their engagement in March. The couple have been in a relationship since 2014, after starring together in the GMA series “My Husband’s Lover.”  /ra