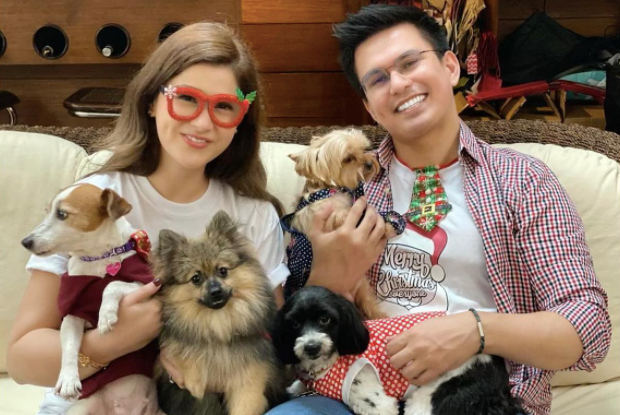 Carla Abellana and Tom Rodriguez have both sent birthday greetings for their pet dog amid rumors that they have gone separate ways.

The actress showed an adorable moment of their fur baby hiding under a pillow as she greeted her a happy birthday on her Instagram Story yesterday, Feb. 3.

“Happy 9th birthday, my baby. Mommy loves you so much,” she said. 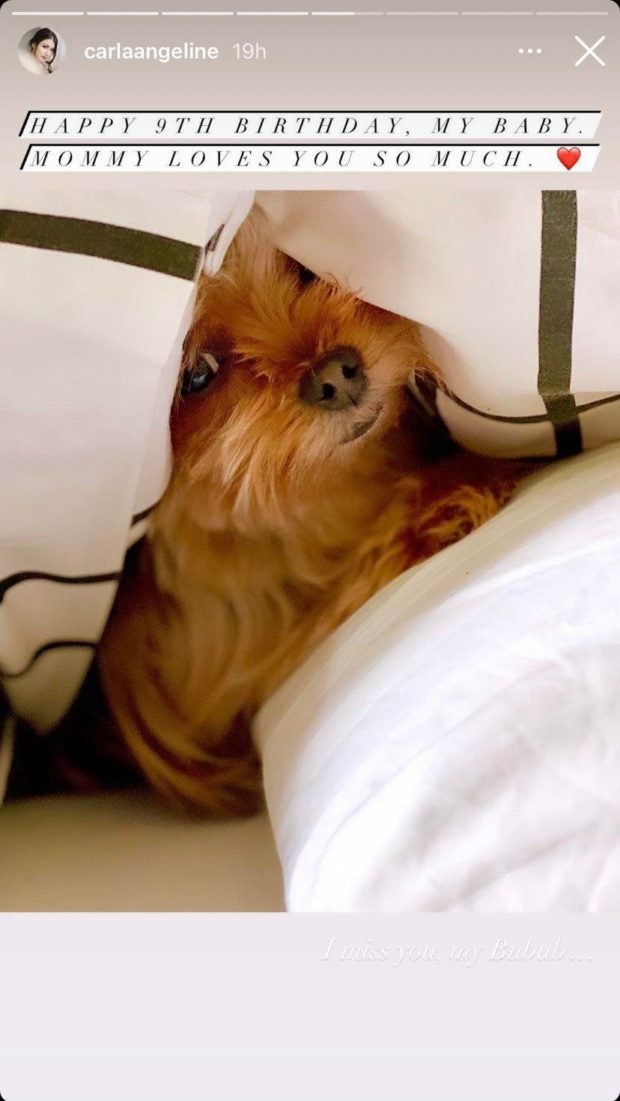 For his part, Rodriguez expressed his love for their pet on his Instagram Story, also yesterday. He showed the dog wearing striped clothing while standing on two legs and posing next to a pink cake.

“Happy 9th birthday, my baby girl! I love you so much!” he greeted their pet.

Both Rodriguez and Abellana are yet to speak up on the breakup rumors as of this writing. 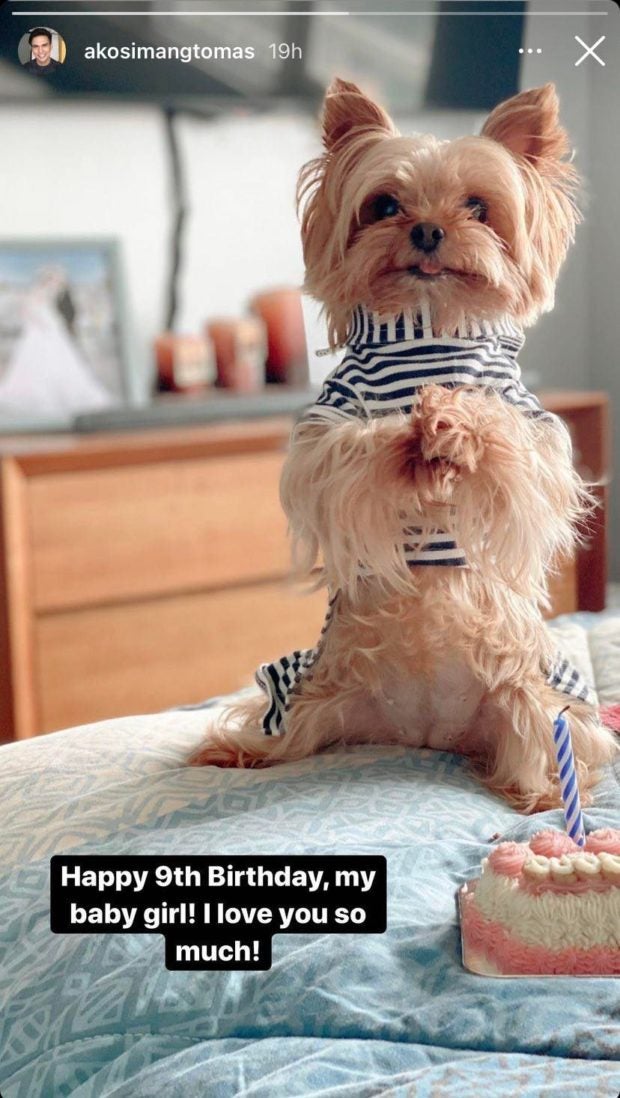 Meanwhile, it looks like Miss Eco International 2020 first runner-up Kelley Day, who is rumored to be the third party in the supposed split, is poking fun at her involvement in the issue. She teased netizens with the “gender reveal” of her new pet dog on her Instagram page last Sunday, Jan. 30.

“[United Kingdom] dump and we do have a new addition to the family! Gender reveal… it’s a boy,” she said while showing her family enjoying a meal with her new fur baby.

Rumors that Abellana and Rodriguez broke up started after eagle-eyed netizens noticed that the couple unfollowed each other on Instagram last month, though they have since followed each other again on the platform. They also posted cryptic photos on their respective accounts.

Speculations involving Day sparked after columnist Cristy Fermin released a blind item about the supposed third party in the couple’s split, on her “Cristy Ferminute” segment on One PH, also last month. Fermin had hinted that the person involved in the supposed breakup has a surname that refers to days in a week.

Abellana and Rodriguez tied the knot in a church ceremony in Batangas last October 2021, after being together for seven years. They announced their engagement in March last year.  /ra