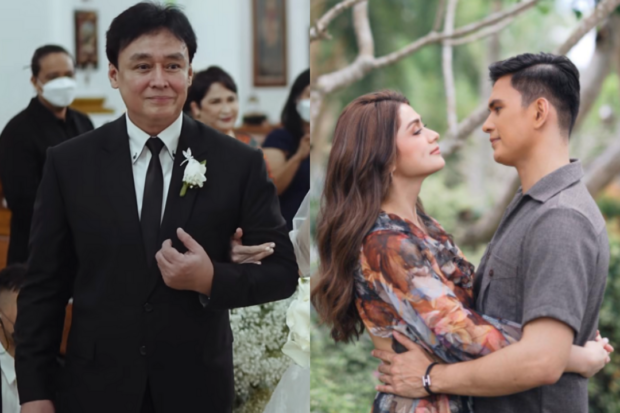 Rey “PJ” Abellana broke his silence on speculations surrounding the marriage of his daughter Carla Abellana with actor Tom Rodriguez, revealing that a “one-night stand” was involved in the issue.

Rey addressed the rumors about the couple’s supposed breakup in his interview with columnist Cristy Fermin on her radio program “Cristy Ferminute,” as seen on One PH’s YouTube channel yesterday, March 11. Fermin brought up the speculations that Carla had caught Rodriguez cheating on her with a third party.

When asked by Fermin to clarify if Rodriguez had a one-night stand with another woman, Rey came to his son-in-law’s defense. For him, having a one-night stand is “normal” for men and not a “mortal sin,” a remark that drew criticism from netizens.

“Way back, nangyayari din po ‘yan sa akin. Medyo normal po ‘yan sa buhay ng mga lalaki kaya naiintindihan ko po ‘yan,” he said. (Way back, that also happened to me. It’s quite normal in the life of a man, so I understand it.)

Meanwhile, when asked about what he thought of speculations that Rodriguez is a member of the LGBTQ+ community, Rey pointed out that Carla would have noticed this in her seven-year relationship with Rodriguez.

Rey opted not to say that his daughter and Rodriguez have officially broken up, citing a message from Carla stating that she and Rodriguez were “not okay” but would like to settle their issues in private.

He also disclosed that he talked to Rodriguez after the issue broke out, while Carla has not given him a lot of information about her marriage.

“Hindi ko pa sinasabi na hiwalay ‘yung dalawa. Ang point ko dito, kung ano man ‘yung problema nilang mag-asawa ay sine-settle nila muna nang sila lang para maayos ito,” he said. (I’m not saying that the two have separated. My point is whatever their problem as a married couple is, they settle it first by themselves so it can be fixed.)

Speculations about Carla’s supposed split with Rodriguez circulated last January, when eagle-eyed fans noticed that the two unfollowed and eventually followed each other again on Instagram.

Amid the said rumors, Rodriguez expressed love for his wife last Feb. 11, while Carla was seen without her wedding ring in her vlog last Feb. 5.

The couple got married in October 2021. They have been together since 2014, after starring together in the GMA series “My Husband’s Lover.” Dana Cruz /ra