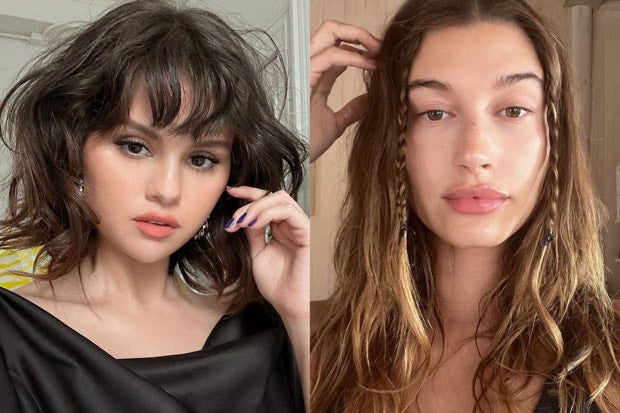 Selena Gomez apologized after netizens assumed that she made fun of her ex-boyfriend Justin Bieber’s wife, American model Hailey Baldwin, through a skincare video.

Assumptions among fans started after Gomez posted a video of herself doing her skincare routine, via her TikTok page yesterday, May 11. The singer’s video coincidentally came a few hours after Baldwin uploaded a “Get ready with me” video, which led fans to think that Gomez was mimicking the model.

Gomez reportedly received comments from fans that include “[Laughing out loud] I know who she’s referring to,” and “Wait…is she trynna make fun of you know who,” which prompted her to address the issue.  She then spoke about mental health and stated that it was not intentional, via the comments section.

“This is why I believe in taking care of your mental health,” Gomez said. “Guys, no idea what I did but I really am sorry. Zero bad intention. Deleting soon.”

After clearing it out, the singer disabled the comments for the post but fan sites have already uploaded on social media the screenshot of her statement. 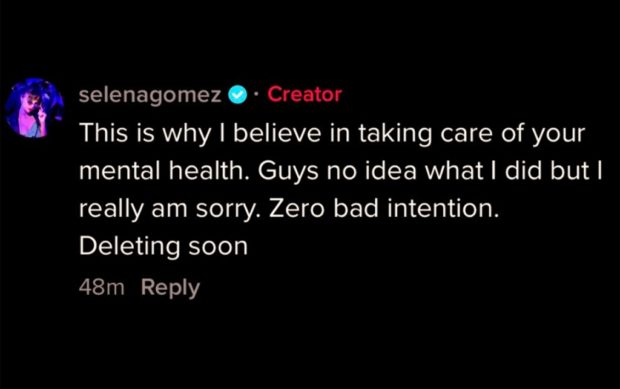 Meanwhile, Gomez recently revealed that she has not been on the internet for over four years, which “changed her life completely” and made her “happier.” JB