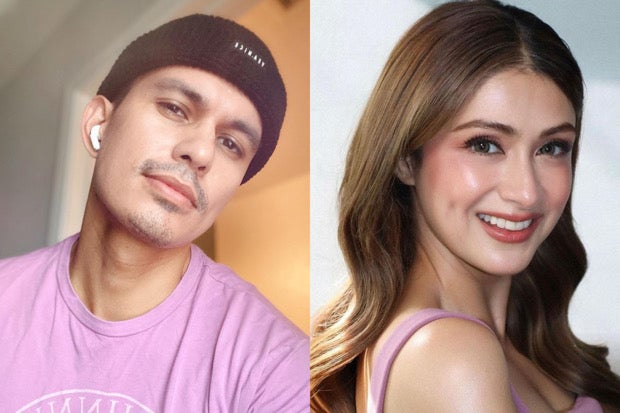 Tom Rodriguez has appealed to fans to stop their mentions of his ex-wife, actress Carla Abellana, on his Instagram page, after he got flooded by greetings on what would have been their first wedding anniversary.

The actor made this appeal after one @rubypy57 sent well-wishes to the former couple, adding that Abellana loves him and that there is a “happy ending” for them. The netizen said this through the comments section of the actor’s Instagram post last Oct. 23, Rodriguez and Abellana’s wedding anniversary date.

“‘Wag na po natin [banggitin] ang name dito sa page ko (Let’s not mention her name here in my page). Thank you,” Rodriguez replied. “We are no [longer] together and are moving onto [our] own paths.” 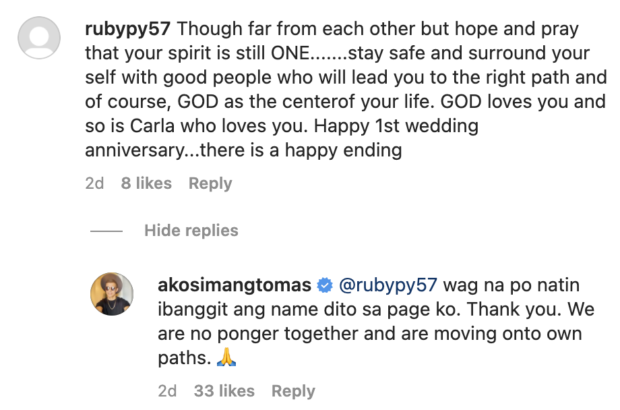 Abellana and Rodriguez were speculated to have separated after fans noticed that they unfollowed then followed each other again on Instagram. Showbiz columnist Cristy Fermin then claimed last May that Abellana was preparing documents for an annulment, while the actor revealed the following month that a “gag order” was issued against him.

In June, Carla spoke up about the split and said that she was “disrespected, betrayed and was made to look stupid” by Rodriguez. In the same month, Rodriguez announced that his divorce from Abellana was already final.

At present, it is not yet known whether the ex-couple has filed for the nullity of their marriage here, even as Rodriguez, an American citizen, was able to obtain a divorce decree in the United States, where he is now currently based.

Rodriguez recently opened up about his life, stating that he is “happily moving on” and is not open to romance for now. EDV

Tom Rodriguez to those alluding to his split with Carla Abellana: ‘Let’s refrain from shaming others’