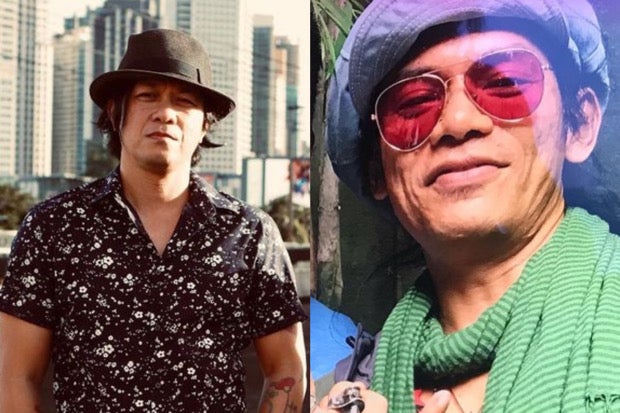 Raymund Marasigan has spoken up about the domestic violence and abuse allegations against his former Eraserheads bandmate, guitarist Marcus Adoro, and expressed hope that the issue gets resolved between the parties involved.

Marasigan gave a brief statement about the matter during an exclusive interview with music media outlet Bandwagon, as per a report published yesterday, Sept. 20.

“If you’re my friend, seek me out, we can talk about it privately,” the former Eraserheads drummer said, apparently addressing Adoro. “Publicly on social media, any statement can be misconstrued. Nobody wins.”

“I hope the issue between the parties gets resolved soon. I really want to respect the privacy of those involved, and sincerely hope they all find peace of heart and mind,” he added.

It can be recalled that Adoro’s former partner, actress Barbara Ruaro, and their daughter, singer Syd Hartha, accused the Eraserheads guitarist of domestic violence back in 2019. The said allegations recently resurfaced on social media after the rock band confirmed that they will stage a reunion concert which includes Adoro.

Ruaro and Hartha then expressed gratitude to those who “did not forget,” through their respective Twitter pages on Monday, Sept. 19. While the two of them did not state anything specifically, their posts coincidentally came after the band’s concert announcement.

“Salamat sa mga ‘di nakalimot,” Hartha stated. (Thank you to those who have not forgotten.)

“Thank you to every single person who chose not to turn a blind eye,” Ruaro said. “Thank you for making sure that we feel your massive support, whether we know each other personally or not. Justice belongs to the Lord.”

Thank you. THANK YOU. Thank you to every single person who chose not to turn a blind eye. Thank you for praying with us and for us. Thank you for making sure that we feel your massive support, whether we know each other personally or not.

Justice belongs to The Lord. @sydhartha

Meanwhile, the Eraserheads’ reunion concert entitled “Huling El Bimbo” will be held on Dec. 22 at SMDC Festival Grounds. This will mark the band’s first major concert in over a decade after their “The Final Set” concert in 2009. JB

Your subscription could not be saved. Please try again.
Your subscription has been successful.
Read Next
Megan Young, Mikael Daez okay with being childless: ‘Not a problem with us’
EDITORS' PICK
Fuel price rollback expected on Feb 7
vivo Philippines offers a free bouquet of flowers and a premium necklace perfect for Valentine’s Day
Makabayan bloc blasts bid to expand US access to more military bases in PH
Omega Speedmaster super racing: Tiny device massive change
House energy committee chair Arroyo bats for cheap electricity
Philippine-United States alliance ‘rock solid’ — DFA
MOST READ
Fuel price rollback expected on Feb 7
Vice Ganda gets called out for ‘unfair treatment’ of ‘It’s Showtime’ co-host Karylle
Kris Aquino gets ‘renewed confidence’ after consultation with new doctor: ‘I have a strong chance of getting better’
CIDG raids Pogo firm in Tarlac; rounds up 850 foreign, Filipino employees
Don't miss out on the latest news and information.