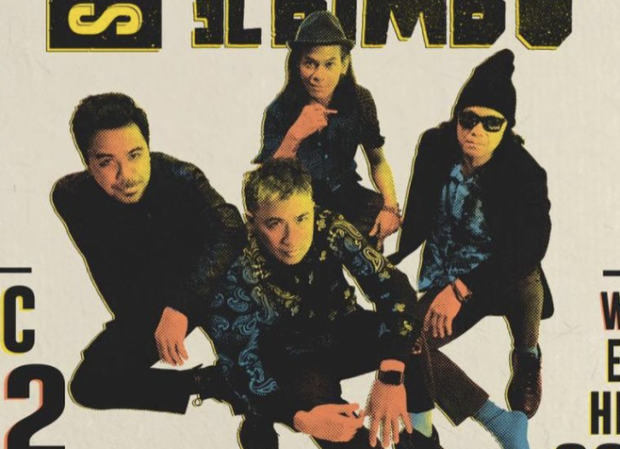 Eraserheads’ Ely Buendia, Raymund Marasigan, Buddy Zabala and Marcus Adoro will be finally sharing the stage again as they are set to reunite in their “Huling El Bimbo” concert on Dec. 22.

The former bandmates announced the much-awaited event which will be held at SMDC Festival Grounds, through a poster on their respective Instagram pages today, Sept. 19. The poster is reminiscent of the cover of their iconic first album “Ultraelectromagneticpop!” released in 1993.

Buendia, Marasigan, Zabala and Adoro earlier hinted about their reunion by showing photos of an inverted letter “E,” also on their Instagram pages.

Eraserheads — known for their hit songs “Pare Ko,” “Ligaya” and “Alapaap,” among many others — was formed in 1989 and played together for over a decade before disbanding in 2002.

The rock band reunited for a concert in 2008, but it was cut short when Buendia reportedly collapsed during the event and was rushed to the hospital. The following year, Eraserheads held a concert entitled “The Final Set.” Buendia also teased about the band’s return last year, saying it might have a reunion if former Vice President Leni Robredo runs for President. JB

Read Next
Navarro surrenders to NBI, to post bail in Taguig court
EDITORS' PICK
House energy committee chair Arroyo bats for cheap electricity
Karding damage to infrastructure at P23M
UNFPA Philippines Career Opportunities
Bongbong Marcos says PH ‘open for business’ with new Clark Airport terminal
Reignite your passion with the vivo Y35
Sierra Madre stands up to Karding, but needs protection vs the humans it saves
MOST READ
Angelica Panganiban ‘duguan, sugatang mom’ one week into breastfeeding
Badoy not with Office of the President, NTF-Elcac, under Marcos admin — solon
LPA enters PAR, may develop into tropical depression
Kris Aquino offers help for Lolit Solis’ dialysis needs amid her own illnesses
Don't miss out on the latest news and information.