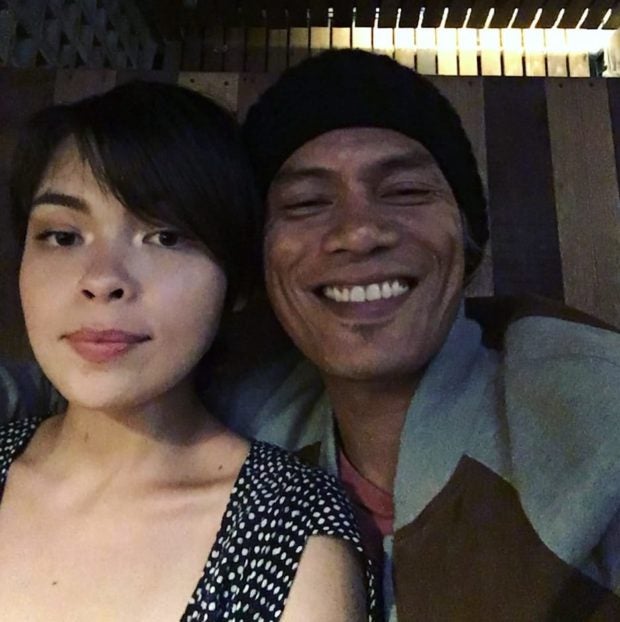 Barbara Ruaro and Marcus Adoro prior to abuse allegations that she made against him (Image: Facebook/@bie.ruaro)

Actress Barbara Ruaro has opened up anew about her abuse allegations against her former partner, Eraserheads guitarist Marcus Adoro.

She said in a Facebook post on Thursday, Oct. 17, that Adoro’s camp has been asking her to take down posts about the alleged domestic violence she suffered from Adoro.

Ruaro shared screenshots of messages sent to her, stating that Adoro’s work has been affected after her allegations came out. “Maybe it’s better if those posts are removed,” the unnamed person told her.

She also posted a message in which she was called “vindictive.” The message added that “if [you] have forgiven him, you would have removed your posts.”

In her Facebook post, she wrote, “This is not the first time I am being convinced that the abuse was my fault, that I should be held accountable for the loss of my abuser’s livelihood, and that I should remove my posts as proof of forgiveness.

“Forgiving and forgetting should not go hand in hand. Unfortunately, there is no handbook to healing. I am still picking myself up every day, I do what I can to survive the trauma, and that is my personal battle.

“Please, STOP victim-blaming. Stop protecting the perpetrators. Stop invalidating our pain. Stop manipulating us into believing we deserved the abuse and that we must continue to suffer beyond it,” she urged.

“I will not be silenced; not this time. We will not back down,” she said.

In another post on the same day, she said, “Yes, Marcus Adoro abused us—in more ways than one. No, we are no longer together and in contact with each other.

“Certainly, he is still not in jail. Whoop dee doo. And the fight is not over.”

In September, Ruaro posted on her social media accounts pictures of bruises on her face and around her body, but did not name her abuser.

In the same month, Adoro’s daughter Syd Hartha also spoke up about the abuse she experienced from her father, without naming Adoro. Besides opening up on the physical abuse she suffered, she posted screenshots of derogatory and threatening messages her father had allegedly sent her.  /ra