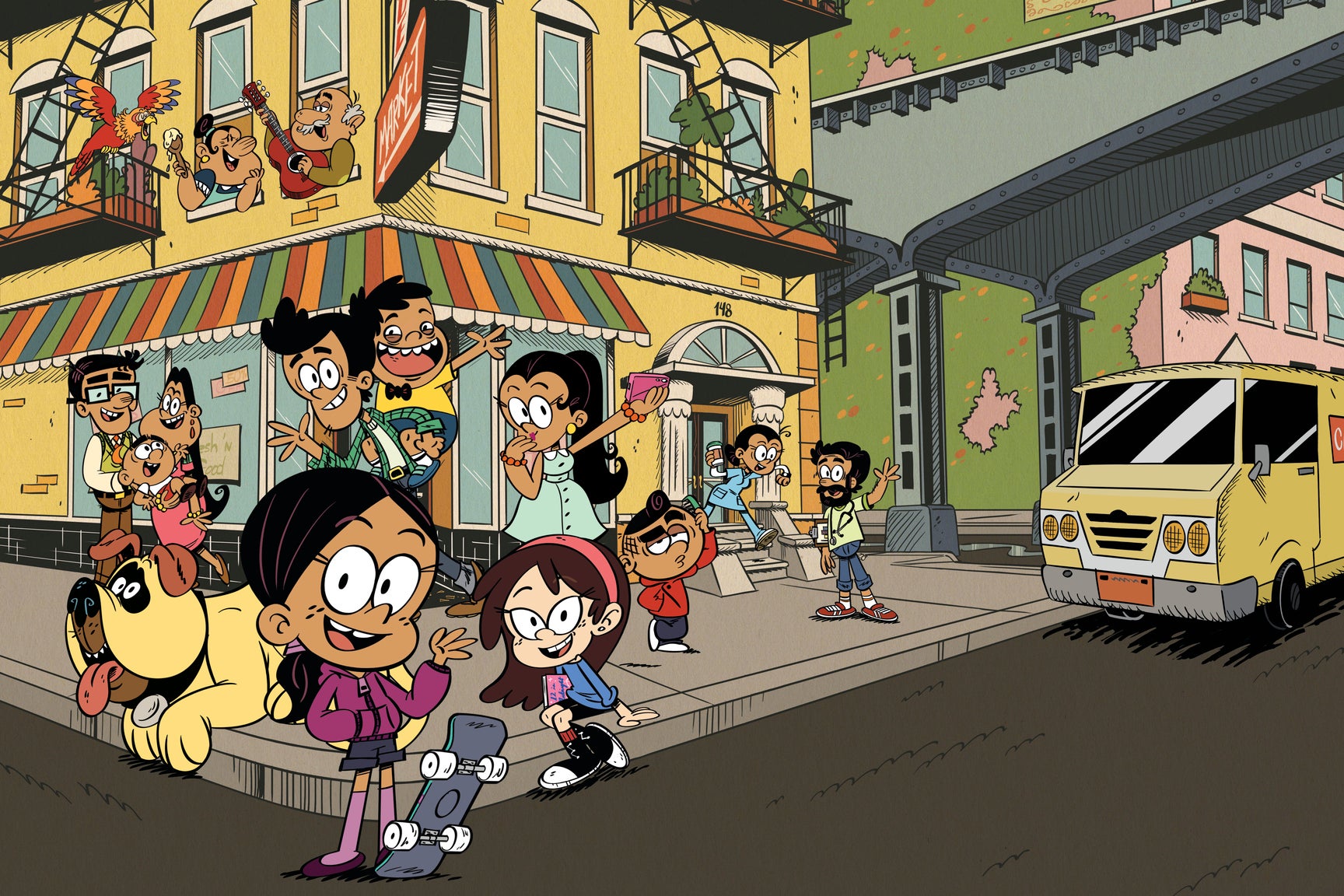 This image released by Nickelodeon shows a scene from the animated series “The Casagrandes,” featuring a multigenerational Mexican American family. (Nickelodeon via AP)

ALBUQUERQUE, New Mexico — “The Casagrandes,” Nickelodeon’s new original animated series that centers around an 11-year-old girl trying to survive a big city, is one of the first cartoons in the U.S. to feature a multigenerational Mexican American family.

The long-awaited spin-off from the network’s popular animation series, “The Loud House,” premiered Monday and comes as more networks are taking chances on Latino-themed shows.

In this series, Ronnie Anne and her family — an older brother and single mother — leave the suburbs to move in with their large family in the fictional Great Lake City. The apartment is located above The Casagrandes bodega, owned by Ronnie Anne’s grandpa, and in front of a subway track.

The skateboarding Ronnie Anne works to adjust to her new surroundings while shunning a female cousin’s attempt to dress up with urban style and making new friends in a multicultural city.

Unlike previous cartoons with Latinos like Fox’s 2016 “Bordertown” series, “The Casagrandes” seeks to tackle family-oriented themes like love, friendship, and jealousy. Family members, including Ronnie Anne’s nurse mom, work to navigate limited space in a crowded apartment amid uncertainty and humor.

Miguel Puga, the show’s supervising director, said the idea for the series came after Ronnie Anne’s character was introduced on “The Loud House” and writers started thinking about a spin-off with a new family.

“I said, “let’s make them Mexican American’,” Puga said. “They started to listen, and we went from there.”

Puga, a first-generation Mexican American, lived among a large family in a house as a child. To make the cartoon feel authentic, he shared his experience growing up in East Los Angeles and how his home was always crowded with family and parties. Nickelodeon executives bought in.

“I just pitched them on how it was going on and they loved it,” Puga said.

Yet, Puga wanted to get more Latino artists involved. So, he reached out to syndicated cartoonist Lalo Alcaraz, who was a consulting producer on the Oscar-winning 2017 animated Disney/Pixar feature “Coco.”

Alcaraz agreed to join the series as a consulting producer and a writer. He wrote an episode focusing on the “Day of the Dead” and how different cultures tackle the death of loved ones.

Still, not all episodes deal with serious topics. Sometimes the family’s talking parrot gets into trouble and runs up bills. Other times, an uncle disappears into the night and relives his previous life as a skateboarder.

But most of the time, Ronnie Anne is working to solve a problem and learn a lesson.

“We make sure this is a lot of love in these episodes,” Puga said.