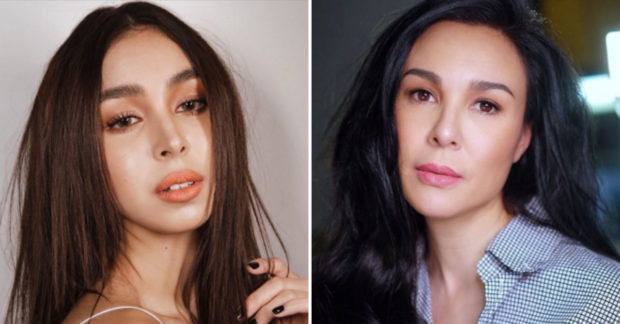 After tempers flared at the wake of their father Miguel Barretto, sisters Gretchen and Marjorie Barretto have continued their feud with a word war on social media.

Gretchen took to Instagram Stories late Friday night, Oct. 18, to take jabs at her niece Julia who expressed support for her mom, Marjorie, as the sisters traded barbs.

“Stand tall and be still because the truth is with you. They are trying to destroy you, because you live a good life with 5 strong successful well raised (sic) children, a family that loves you so much, a peaceful quiet life.” As to who “they” referred to, Julia did not say.

Gretchen took a screenshot of the comment and posted on her Instagram Stories: “This is hilarious @juliabarretto Baldivia. Your version of the truth.” Baldivia is the surname of Julia’s father, actor Dennis Padilla. 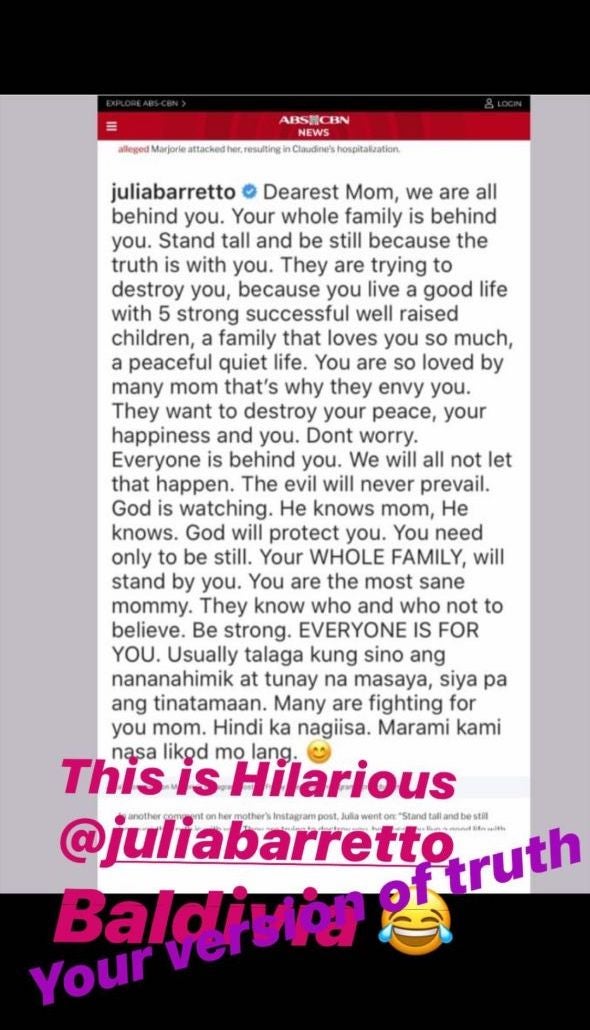 She posted a quote for Julia that said, “The most dangerous liars are those who think they are telling the truth.” 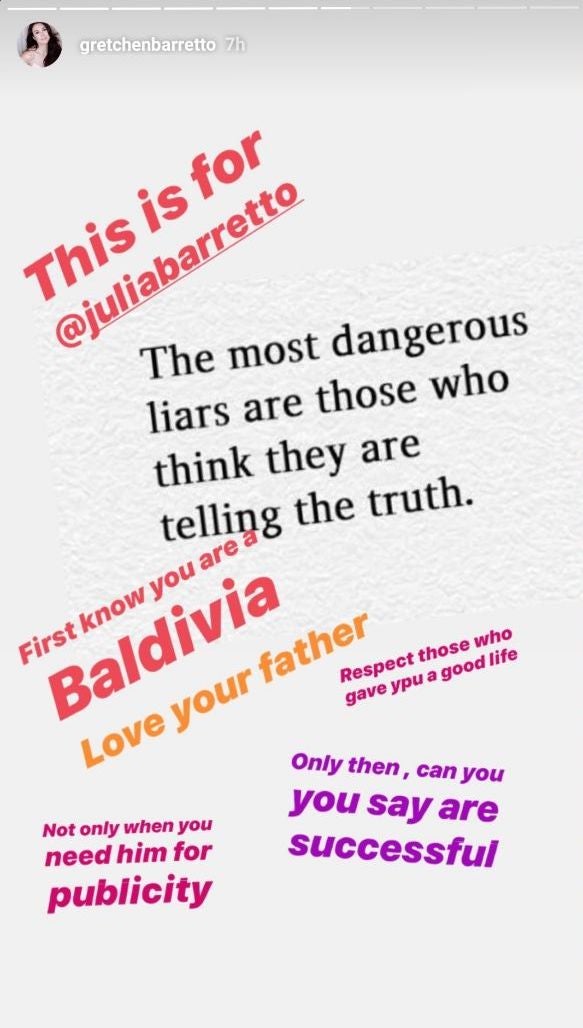 She told her niece to acknowledge that she is a “Baldivia” and to “love your father, not only when you need him for publicity.”

“Respect those who gave you a good life. Only then, can you say [you] are successful.”

Gretchen also shared netizens’ comments that attacked both Julia and Marjorie’s eldest daughter, Dani. Julia was branded a “boyfriend stealer, relationship wrecker”—the actress has been rumored to have been the third party in Bea Alonzo and Gerald Anderson’s relationship.

Meanwhile, another said that Dani was not “well-raised” because she did not invite her father, Kier Legaspi, to her wedding this year. Both Gretchen and Claudine previously expressed bitterness about not being invited to Dani’s wedding either, with Gretchen stating that she helped raise her.

It seems like the sisters’ long-standing feud has yet to boil over; the three have had a strained relationship with one another since their younger years, which has led to family members taking sides. It was only last February that Claudine and Gretchen mended ties.  /ra

Gretchen Barretto reunites with family at dad’s wake; is joined by Duterte