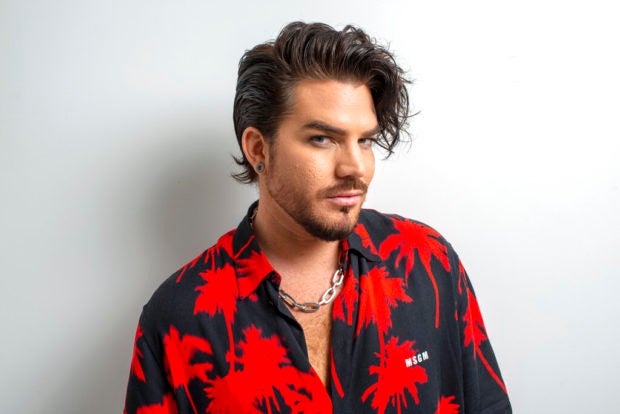 This Sept. 6, 2019 photo shows singer Adam Lambert posing for a portrait in New York to promote “Velvet: Side A,” one-half of his first studio album in four years. Image: Scott Gries/Invision/AP

“I think it’s less taboo to be queer in the music industry now because there’s so many cases you can point to like, ‘Oh, it worked for him. It worked for her.’ I think 10 years ago, it was a lot different,” Lambert said in a recent interview. “Ten years ago, it was kind of like no one really knew. And I met a lot of amazing people in the industry — executives, people, publicists, marketing people — who on a personal level were cool with me and totally open, but didn’t understand how this was going to work in mainstream America, or the world for that matter.”

“Now, I think there’s been some research and they know better. Now, people aren’t as scared. They’re not as fearful. There’s answers. There’s examples,” he continued.

One person Lambert points to is “Old Town Road” rapper Lil Nas X, who announced he was gay while his song was on top of the Billboard charts this year.

“I think I can relate to someone like Lil Nas X who waited until a song went to No. 1 to be like, ‘By the way, I’m gay,'” Lambert said. “It proves a point that you can have success, big success. It is possible. Anybody is welcome to have that kind of success. And maybe it’s not about what your sexuality is at the end of the day. Maybe it’s about, ‘Do you like the (expletive) song or not?'”

Lambert, who has been busy over the years touring with legendary rock band Queen, is hoping to move the needle again with his own music. The EP “Velvet: Side A,” his first new project in four years, was released last month.

“I took a while because I really had to dial into sort of the sound that I wanted it to be, and I needed to get back to sort of why I love making music,” he said.

The Grammy-nominated performer calls his new project his “baby” and said while he has previously released different genres of music, he’s brought his latest project to back to his beginning. With the exception of a ballad, most of the EP consists of groove and funk-based tracks.

“I didn’t want to just be following some trend of the moment,” he said. “As an artist, I don’t like repeating myself. I like exploring new sounds, new vibes and that was part of it, too. I just needed to find a new inspiration.”

Lambert will release the rest of the project at a later date, and while each half will have a different sound, he said the entire project will be cohesive. His main goal is to make listeners dance, have fun, and take their minds away from the madness of the world.

“There’s a lyric in ‘Superpower,'” he said referring to his current single, “‘You kick us down in the dirt, but we ain’t going away.’ People are pissed off and people are being marginalized all over the place. And I hope that if you’re somebody that’s feeling that way, you can listen to the song and it gives you like a little boost,” he said. “It’s not super dark, it’s not super heavy, but hopefully it gives people a feeling of power.” NVG