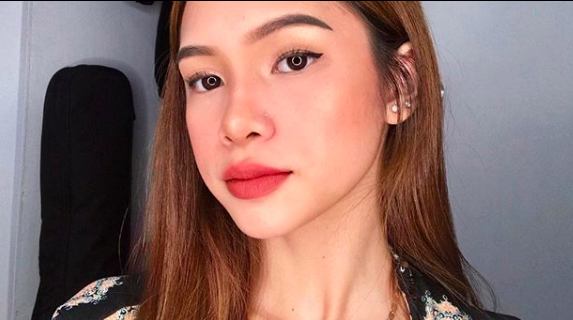 Singer Syd Hartha has spoken up about the alleged abuse she experienced from her father.

The young singer took to Facebook and Instagram on Sept. 12 where she shared how she grew up longing to know her real father and her other family members.

(In the 15 years that he was not present as my father, I had so many questions about him and wanted nothing more than to get to know my other relatives, and of course, to know the feeling of being with the man they say is my real father.)

The answers to her questions were answered after she spent almost a year talking to and being with her father.

(I will never forget the various forms of abuses that I experienced from him. So that is why my mother and other relatives kept me away from him. That’s why).

Syd did not mention a specific name in her post, but pertained to a certain “Makoy.” Speculations point out that she may be referring to her father Marcus Adoro, the guitarist of Eraserheads.

Despite her father’s harsh actions towards her and her loved ones, Syd said that she still believed he had goodness in his heart.

(I believed him too much. I put up with him, but in truth, I cannot blame myself because I waited for this for such a long time. I was so hungry for his love and attention that I forgot to take care of myself).

She added that she tried to stay away from “Makoy” after she lost many loved ones in her life due to the things he was telling them about her. According to Syd, he physically hurt her not just once, and he would hit her head on the wall in front of her friends or behind her mother’s back.

“I never realized then na I might be interrupting his karma. I should’ve done better but I know I tried to help myself as much as I could,” she said. “Hanggang ngayon, araw araw kong bitbit yung takot na baka mangyari ulit ito sa akin o sa kahit sino man. Sana magsilbi itong gabay sa lahat. This monster could be anywhere now doing who else knows what. Let’s watch out for each other.”

(Until now, I carry everyday the fear that this may all happen again to me or to someone else. I hope this serves as a warning to everyone).

In her post, Syd shared screenshots of messages with what appears to be her father. In one of his messages to her, he told her that she will be raped, and that it would be shameful when that happens. He also said that given her attitude, it may even be possible that those who might gang-bang her may even end up being her “fubu(s)” (f*ck buddies). He, too, said that he would kill her if she does not unblock him from social media.

Syd also shared a screenshot of an Instagram conversation she had with actress Barbara Ruaro, Adoro’s former partner. The two expressed their concern that the person “could be anywhere.”

Ruaro also sent a picture of a man to Syd, which the man apparently sent to Ruaro, saying, “Charles Manson trip lang. Labyu.” Charles Manson, a notorious cult leader in the 1960s, is known for having ordered his devotees to kill people in wealthy white neighborhoods in an effort to trigger a race war.

Ruaro also took to Instagram last Sept. 6 and Sept. 8, where she shared photos of her with bruises around her eye, a cut behind her right ear, and other cuts and bruises around her body. Ruaro did not name her abuser, but mentioned it was done to her by someone she loved and cared for.

“This happened to me yesterday, on top of other cuts, bruises, and almost a year of psychological manipulation,” she said on Sept. 6. “Done by someone I loved and cared for deeply.”

Ruaro vowed, “I will hold my abuser accountable. I will not be silenced.”

Adoro has not yet issued a public statement about the allegations, as of this writing. JB