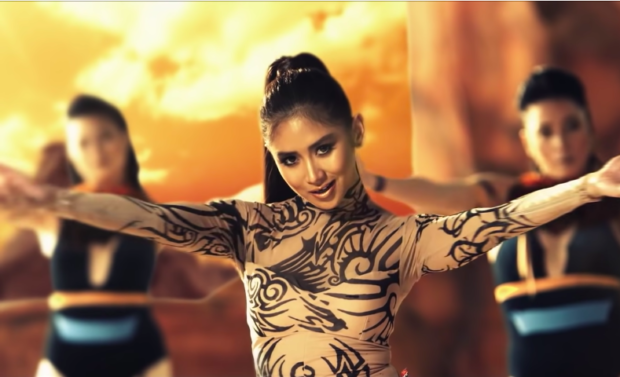 It appears that the Popstar Princess Sarah Geronimo has reached new heights.

A few days after Geronimo married her longtime boyfriend and now husband Matteo Guidicelli, the singer achieved another milestone by garnering over 100 million views for the music video of her hit single “Tala” on YouTube.

The pop track’s iconic music video, which has been up on the site since July 11, 2016, turned into a dance craze last year after celebrities and Geronimo’s fans recreated its dance steps on social media together with hashtag #TalaDanceChallenge. The single is part of Geronimo’s 2015 album “The Great Unknown.”

From 19 million views last December, the music video’s views skyrocketed to 100,877,190 views and counting as of this writing.

Geronimo was recently involved in a series of issues after tying the knot with Guidicelli on Feb. 20. The singer’s bodyguard, Jerry Tamara, said he will file a complaint against Guidicelli who allegedly punched him after Tamara reportedly informed Geronimo’s parents of their union.

The actor denied these allegations and officially confirmed his marriage to Geronimo on Instagram last Wednesday, Feb. 26. Despite the conflict, six days after their marriage Guidicelli expressed how happy he was being together with Geronimo as his wife.  /ra