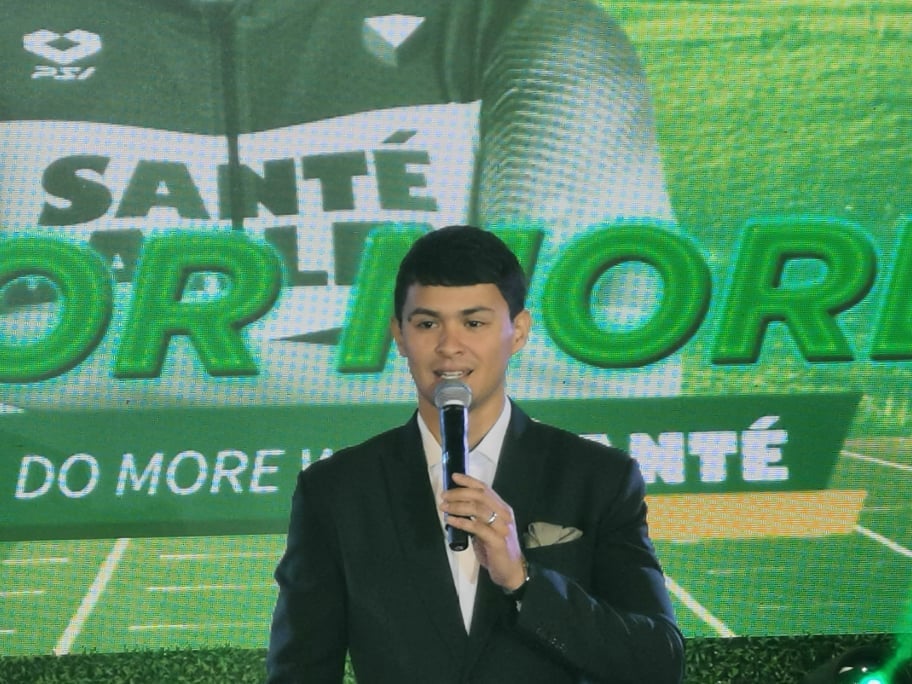 Matteo Guidicelli during the Sante Barley International event in Pasig City, where he was named as its newest ambassador. Katrina Hallare/INQUIRER.net

MANILA, Philippines — Although it was only his sixth day as a married man, Matteo Guidicelli couldn’t hide his happiness in describing his marriage to Sarah Geronimo.

“I just got married, it’s our sixth day together,” the newly-married actor said during an event by organic health product Santé Barley International in Pasig City, where he was named as the newest ambassador.

Hours before the event, the actor finally admitted he secretly married the pop superstar on Feb. 20. He also denied that he punched Jerry Tamara, the security body who was hired by his wife’s family.

Guidicelli, who was visibly happy talking about his new life, added: “We are blessed. We’re all blessed.”

At one point during the event, the actor made a surprise performance by singing Imago’s “Sundo,” which, somehow, expressed the bliss he was feeling.

He continued teasing about his new life: “Everything’s the same, well I just have somebody beside me all the time. Kumbaga (It’s as if) everything’s better.”