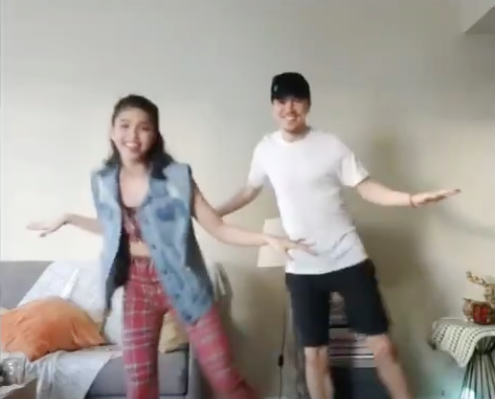 Actors Maine Mendoza and Arjo Atayde took on the challenge of dancing to Sarah Geronimo’s hit pop song “Tala”. The 2015 tune resurfaced years after its release due to its iconic choreography, which the public and celebrities have attempted to recreate and cover.

Mendoza made their short performance in the video-sharing platform, TikTok, and then shared it with her fans via her Twitter account last Saturday, Jan. 4.

Mendoza and Atayde, wearing simple casual clothes and house slippers, let it all loose as they took on the steps. Atayde, in just a plain white shirt and black shorts, appeared to have just been convinced by Mendoza to do the challenge, as she quoted him: “The things I do for you.”

"The things I do for you." – Arsho 🤪 #popster pic.twitter.com/KsNNFntQIn

The couple celebrated their first year together last December. The actor, starring in the action-drama web series “Bagman”, professed his love for Mendoza on Dec. 21.