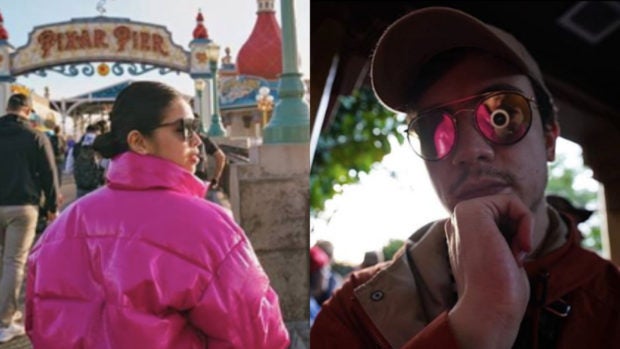 Actors Maine Mendoza and Arjo Atayde appear to have jetted off to the United States to visit a theme park in California.

The actress visited Disney California Adventure Park, as seen on her Instagram today, Dec. 3. Mendoza strolled near the Pixar Pier, wearing a hot pink windbreaker. The comedienne also struck a pose in one of the theme park’s attractions.

Atayde meanwhile had a zoomed-in shot of his face posted on the same day. He wore sunglasses artistically reflecting a figure who is also wearing hot pink behind the camera. What appears to be a portion of Mendoza’s face can also be seen reflected on his glasses. Despite not indicating his location, Atayde tagged the actress.

“Distracted. She cute,” he said.

The two did not specify in their respective posts if they were together in the theme park by themselves.

The actress has confirmed in her blog last March that she and Atayde were dating. Just last month, Atayde’s mother, actress Sylvia Sanchez, showed Mendoza and Atayde sitting together in the Ataydes’ family dinner. JB

Maine Mendoza joined Arjo Atayde’s family for dinner, but some fans refuse to believe it