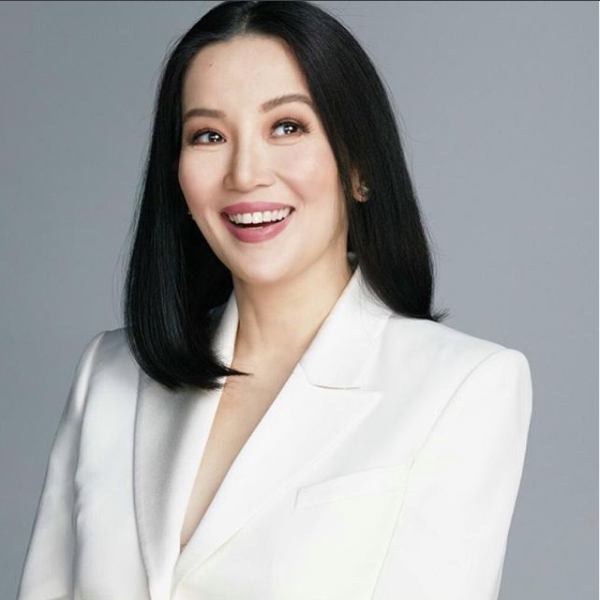 Queen of All Media Kris Aquino struck back at an internet troll who claimed that she was using the Filipino people’s money for her own personal gain.

Aquino rebutted that if her wealth was tainted with malice, she would not be posting it so openly on social media. The actress uploaded a screenshot of one @sickie9’s comment calling Aquino’s family a “FAMILY OF THIEVES,” as seen on her Instagram post yesterday, Feb. 27. Aquino also pointed out that she has years’ pileup of receipts from the Bureau of Internal Revenue (BIR) to back her up.

The TV host announced, “Obvious naman na hindi kami pamilya ng magnanakaw (It is obvious that we are not a family of thieves).” Aquino explained that a thief would not even dare to post anything they acquired through ill means on Instagram, especially if that person has an Instagram account with over 4.6 million followers.

“TALAGA NAMAN GINAGAMIT ANG PERA NG PILIPINAS PARA LANG MAS MAUNLAD ANG BUHAY (You indeed use the Philippines’ money so you can have a better life),” the Instagram user said.

Aquino said that due to the nature of her work as an actress and endorser, the masses do contribute to what she has now by patronizing her movies and products.

(I cannot argue with your logic–The Filipino consumers’ money that bought what I have endorsed and watched the movies I have produced and starred in was what made our life turn out well.)

“[S]ee hard work pays off [and] God rewards those in His flock who are 1.) CHEERFUL GIVERS, and 2.) KNOW HOW TO SAY THANK YOU,” she added.

Aquino also reiterated in the post’s caption that she did use money from Filipinos who “helped make my childhood dreams come true.” The actress added that through the years she has also consistently been giving back her wealth and sharing her blessing “to help better the lives of others.”

Aquino, who announced she was on a “wellness journey,” started her day by swimming in a pool, as seen on her Instagram account last Thursday. The actress uploaded a short clip of her morning swim, prompting the troll to comment in the post.

After she responded to the troll, Aquino’s followers lauded her for her response. A certain @joycemusni75 called it the “best comment ever,”  to which Aquino responded with “[I’]m so back.”  /ra

Kris Aquino opens up on relationship with sisters: ‘Mom must be smiling now’