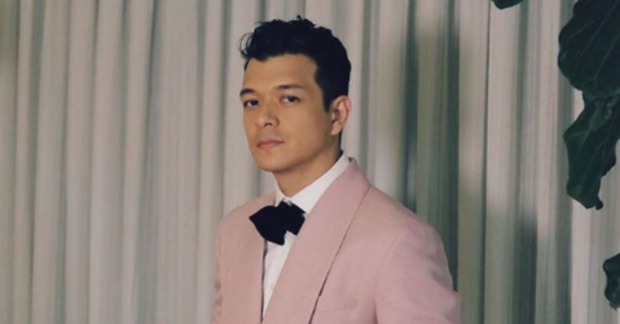 Jericho Rosales went out of his way to personally thank the people who supported his movie “The Girl in the Orange Dress” by surprising them in at least two cinemas.

Rosales shared the heartwarming encounter on his social media on Dec. 26 as he posted videos of him greeting and thanking the moviegoers in the cinemas of Eastwood Mall in Quezon City and Power Plant Mall in Makati.

In one video, Rosales can be seen standing up from his seat to wave at the screaming audience as the movie credits rolled. Fans applauded him and took out their phones to take videos and pictures.

“A little surprise for the viewers at Eastwood cinema 6 for #TheGirlInTheOrangeDress,” Rosales wrote.

In his other video, he can be seen standing inside Cinema 3 of Power Plant Mall in Makati. He shook the hands of some elderly ladies and waved at those who were sitting in the back.

He eventually walked to the other side of the cinema where more fans shook his hand; others gave him a hug and a kiss. He also took a selfie with another group before excusing himself out of the cinema.

“I’ve got to be so blessed to be supported by moviegoers of all ages,” gushed Rosales. “Stepped inside the 3pm screening of #TheGirlInTheOrangeDress at Rockwell Powerplant Cinema 3 during the trailers to thank some early birds!”

Rosales was humbled and grateful to those who supported his movie, as well as to his wife, Kim Jones, who he called his accomplice in the act. “Kulot is very grateful for all of you!” he said. “And to my accomplice/camera operator @kimcamjones.”

“The Girl in the Orange Dress,” directed by Jay Abello of “Pinay Beauty” and “Red,” among others, stars Rosales alongside Jessy Mendiola. It is one of the eight films in this year’s Metro Manila Film Festival lineup and runs from Dec. 25 to Jan. 7, 2019.  /ra

Jericho Rosales ‘best assistant ever’ to Kim Jones during NYFW