Jericho Rosales ‘best assistant ever’ to Kim Jones during NYFW 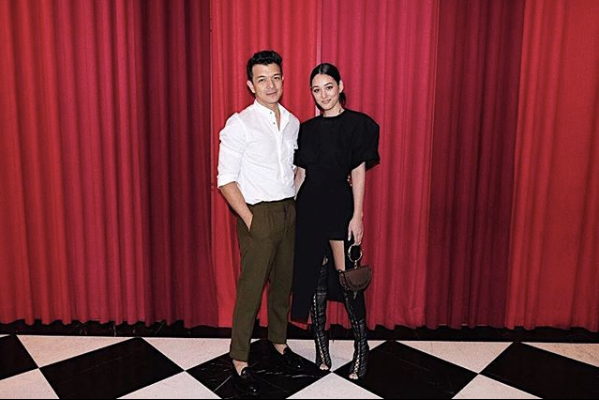 Jericho Rosales’ admiration for his wife, Kim Jones, is no secret. Just a gander through his Instagram and one will find pictures of the couple or portraits of Jones with matching sweet captions that rave about her as the love of his life or admire her work in fashion.

The actor posted a set of photos of Jones in a loose gray suit from Tibi as she traversed the alleys of New York. He revealed that he attended New York Fashion Week with her and shared some of his duties, dubbing himself as “Kim’s best assistant ever.”

He said part of his “better husband project” was “keeping schedules, getting Uber rides and steaming clothes” for his wife.

He also had words of encouragement: “Seeing the results of all the hard work you’ve put into your career (and hair) makes me so proud.”

Rosales also stepped up his fashion game in a loose orange polo and carried a sizable brown bag, perhaps as part of his role as an assistant, as seen in pictures from Kenny Jules Morifi-Winslow, creative director of blog IIIrd Citizen. 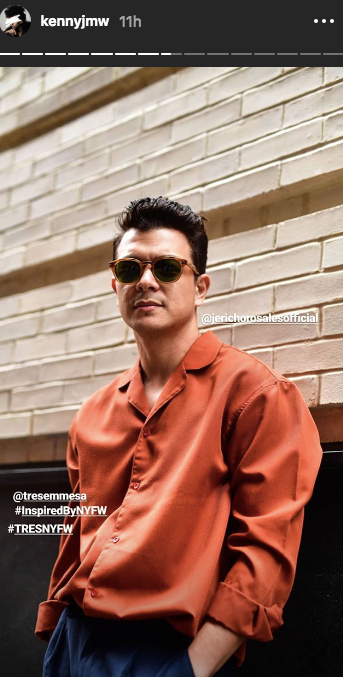 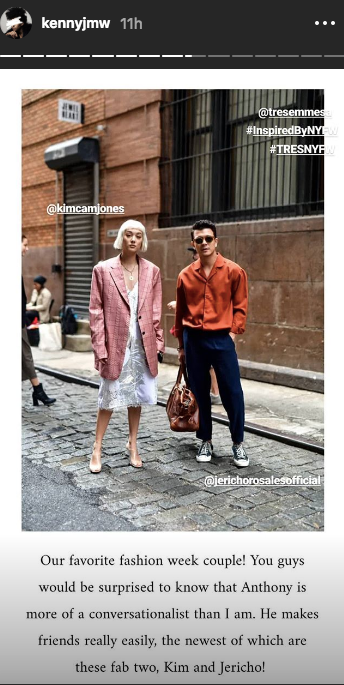 Previously, Echo assisted in Jones’ creative works, such as serving as assistant director in a short video she produced called “Archetype.”

Of the production, Rosales remarked in a post last June, “Annoying each other and working together, we do it well,” and called her his “partner-in-crime.”

And when Jones was criticized for not having children yet with Rosales, he defended her without hesitation.

The actor replied to a comment in an Instagram post last December: “I don’t think getting preggy and having babies is the only measure for being a woman…I love that my wife travels and works (for) her dreams.”  /ra

LOOK: Jericho Rosales expresses love for wife Kim Jones: ‘I’m definitely a better version of myself because of you’

Read Next
Jessa Zaragoza in mourning over death of older brother Ricky
EDITORS' PICK
Connect to PH’s fastest network with new Signature Plan Lite at only P599 per month
Filipinos celebrate PH’s first gold medalist Hidilyn Diaz
Harnessing technology for quality education
‘I believe’: Hidilyn Diaz bucks the odds to win historic Olympic gold
Tips for a cheerful life
Hidilyn Diaz wins weightlifting gold in Tokyo Olympics
MOST READ
Hidilyn Diaz wins weightlifting gold in Tokyo Olympics
Go to war with China over West PH Sea? It will be a ‘massacre’, says Duterte
FLASHBACK: The day Hidilyn was shocked over inclusion in oust-Duterte matrix
Hidilyn shoots not only for gold but also for permanent place in PH sports history
Follow @NGunoINQ on Twitter
Don't miss out on the latest news and information.