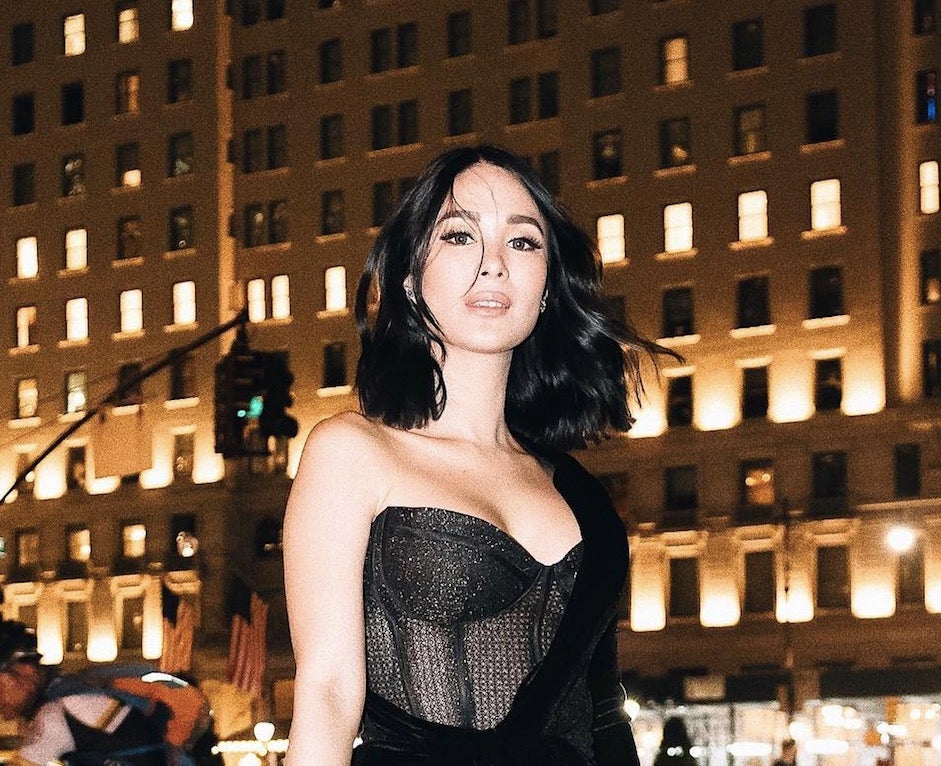 Heart Evangelista made heads turn and earned recognition as one of the best-dressed attendees of the 2018 Harper’s Bazaar ICONS Party during the New York Fashion Week.

The actress flew to the US on Sept. 6 to grace the New York Fashion Week, which runs from Sept. 6 to 14. Evangelista would then proceed to visit the various events held during the fashion week. She even had a chance to meet American clothing designer Kenneth Cole. 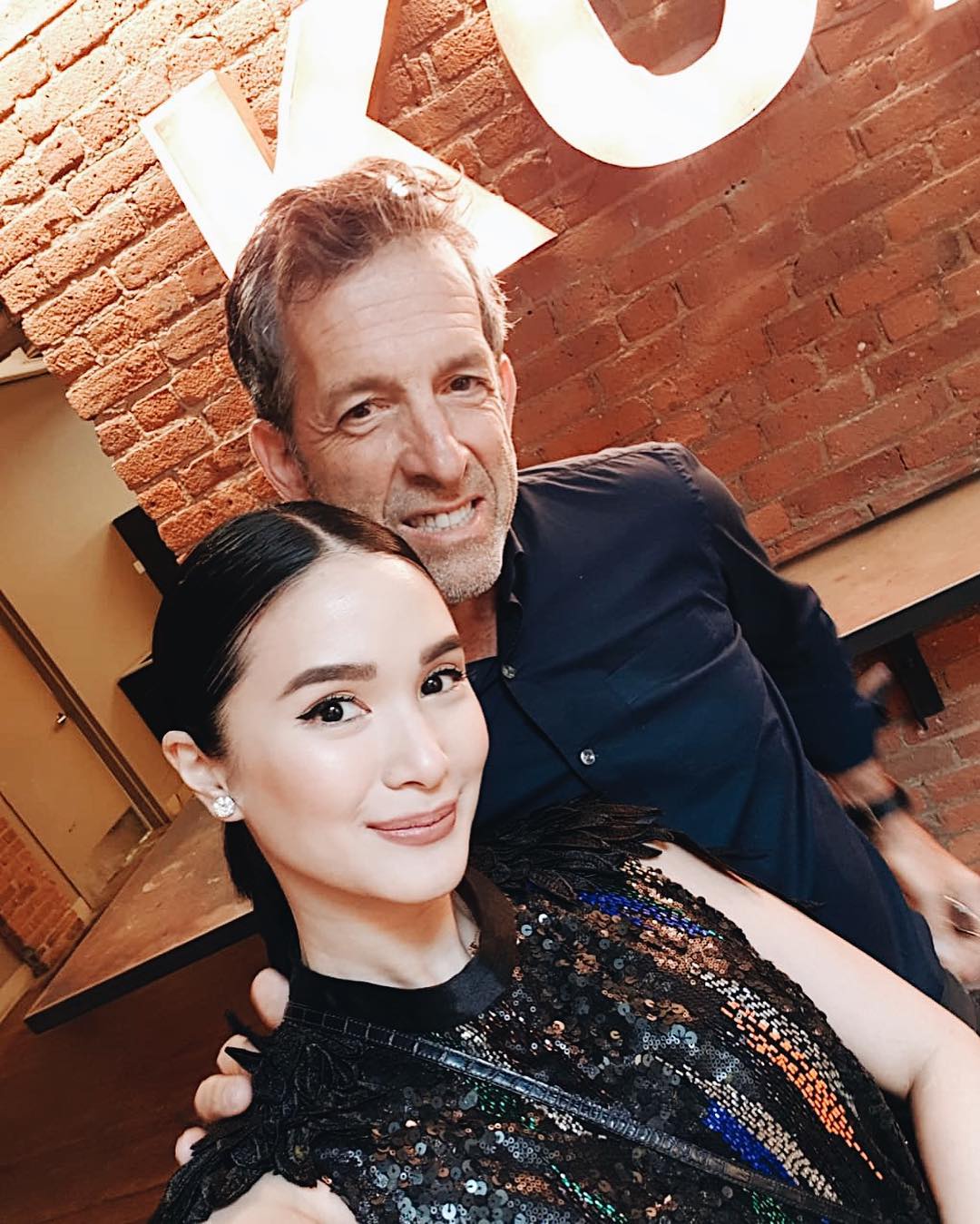 Evangelista later attended the annual Harper’s Bazaar ICONS Party at the Plaza Hotel, wearing a black one-shoulder dress with a long slit on one side. She shared a snapshot of the dress in a Sept. 8 Instagram post while standing on a street corner. 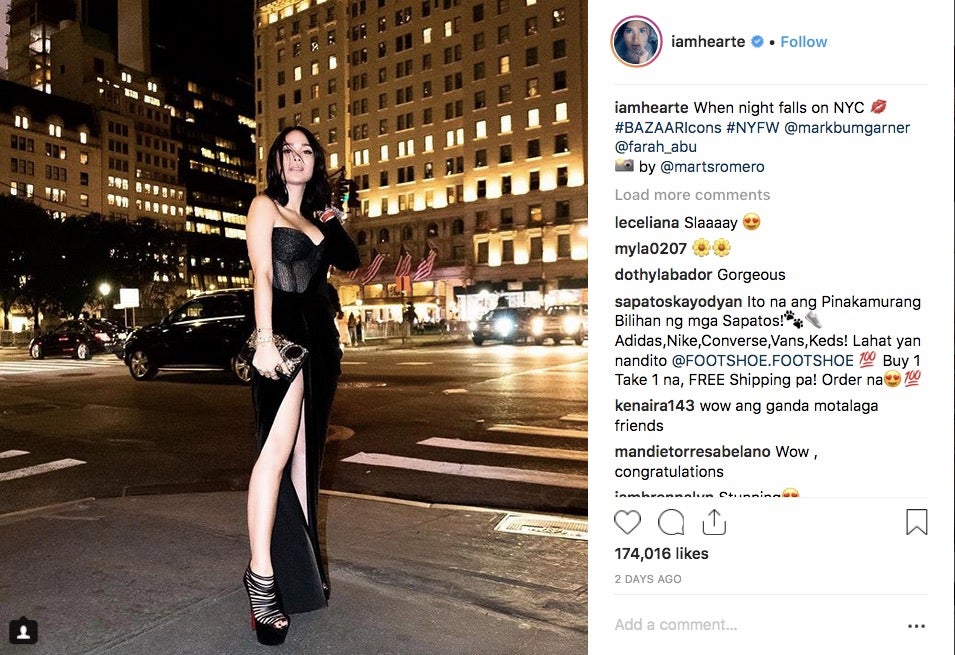 Sure enough, the actress named as one of the real “Crazy Rich Asians,” caught the eye of discerning fashionistas from Elle magazine and included her in the top 44 best looks in the ICONS party. 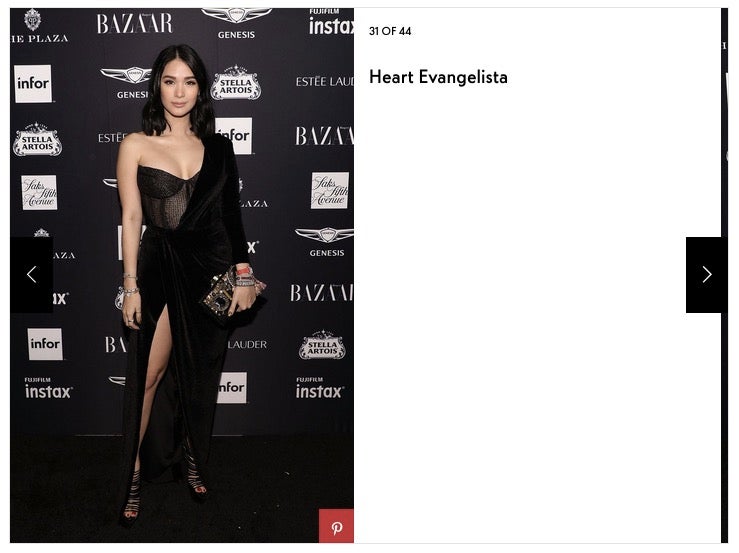 Some of the international celebrities included in the list were Christina Aguilera, Aimee Song, Heidi Klum, Paris Hilton, Gigi Hadid and Bella Hadid.

After the party, Evangelista continued to make the most of her New York trip. She updated her Instagram account with a post made today, Sept. 11, which shows the actress wearing a skirt of her own design in front of a New York City Police Department car.  /ra 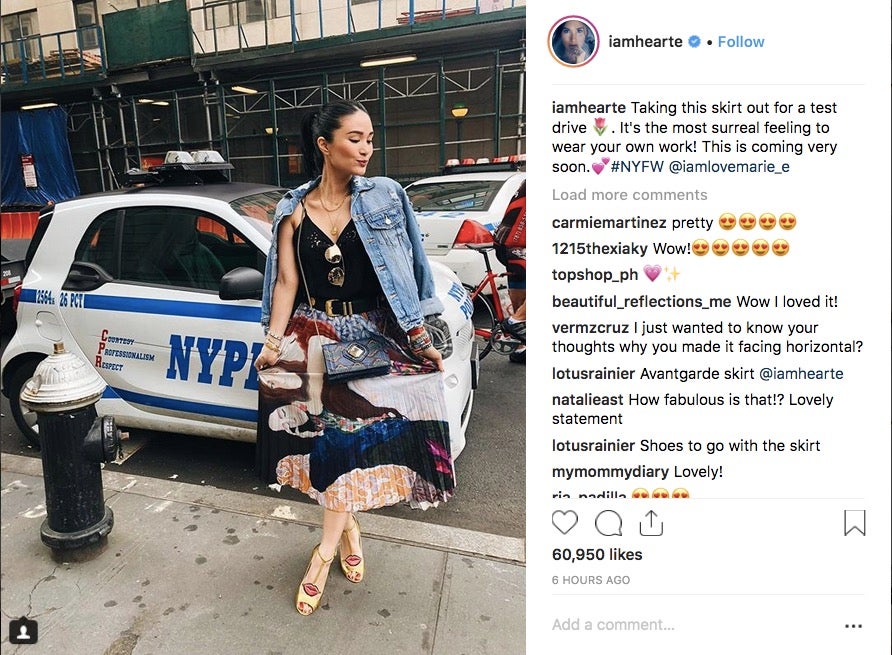 ADVERTISEMENT
Read Next
Singer Olivia Newton-John has cancer again, this time in her spine
EDITORS' PICK
Countries with confirmed cases of coronavirus
SM continues to send relief assistance to remote towns in Batangas
FlipTop rapper Loonie freed on bail
China expands lockdown against virus, fast-tracks hospital
Get exciting deals and discounts when you download the new McDonald’s App
‘A greener, cleaner tomorrow’: A how-to guide for Filipinos who want to help with today’s energy crisis
MOST READ
Taal’s sulfur dioxide emission increases
Megan Young, Mikael Daez get married
Palace: US Senate move also made Duterte junk VFA
No time for revelry; Tagaytay instead plans for alert level 5
Follow @ABayleINQ on Twitter
Don't miss out on the latest news and information.