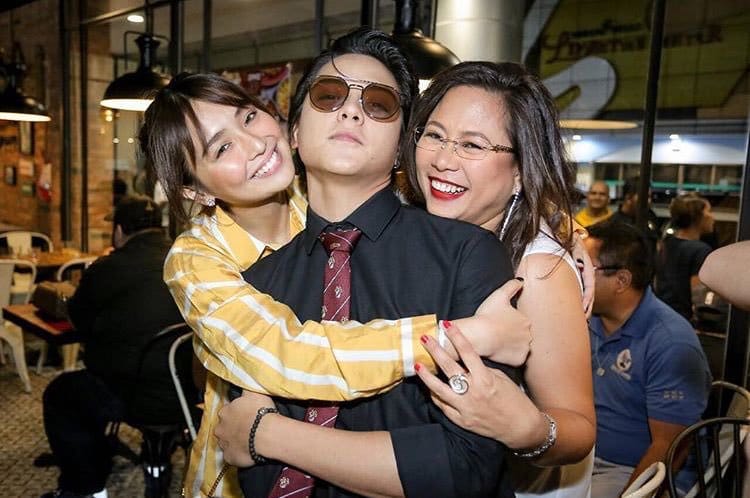 Director Cathy Garcia-Molina has found strong similarities between Daniel Padilla and John Lloyd Cruz who, she said, are both positive and challenging to work with.

Molina recently shared her insights and experiences in working with Padilla, particularly in their latest project, “The Hows of Us,” in an interview on “Tonight with Boy Abunda.”

The director specified that Padilla and Cruz were very similar in both personal and professional levels. Professionally, both actors were not keen on doing something just because a director said so. However, Molina pointed out that both do so in a positive manner.

Both Padilla and Cruz tend to question a movie’s story and characterization before proceeding with a shoot. The director recalled how both actors would analyze a scene, a character and the timing, and argue until they are satisfied. Familiarity with both actors also sometimes posed a challenge for Molina.

In some instances during the filming of “The Hows of Us,” Padilla would say “Wag na direk (Let’s not do that direk’)” casually when asked to do something for a scene. “Minsan nga na-offend na ako e, gusto mo ikaw na lang mag-direk,” said Molina

(Sometimes I feel offended, why don’t you be the director then.)

But in hindsight Molina admitted that sometimes Padilla made a good point, even if the approach was a little too casual for the workplace.

“The Hows of Us” opened in cinemas on Aug. 29. The romantic drama starred Kathryn Bernardo and Daniel Padilla and is the second collaboration with Molina. As of Sept. 9, the film has earned a gross domestic total of over P500 million.  Alfred Bayle /ra