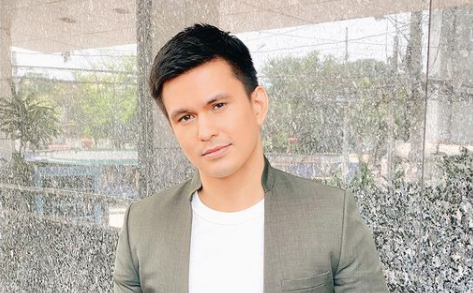 Tom Rodriguez has confessed that his heart is still “healing” following his split with Carla Abellana and admitted that while he still has love for the actress, he believes it is “transforming.”

The actor opened up on his divorce and his life in the United States post-split during his interview with comedian Ogie Diaz, for the latter’s YouTube vlog yesterday, Dec. 1. He was asked by Diaz, “Kumusta ang puso ni Tom ngayon (How is your heart now)?”

(It’s still up in the air. Maybe it’s still healing. It’s on the process. It’s really not easy. It’s gonna be tricky to navigate. It’s gonna take a long time but it’s underway.)

Rodriguez then got the chance to elaborate on his answer when he was asked the same question again in the interview.

“Of course… But like I said, it will transform into other things. Siguro (Maybe) the love may never disappear but it will change. It will develop, it will grow in its own way,” he explained.

Aside from his divorce, Rodriguez also addressed speculations on the cause of his and Abellana’s breakup, including accusations of a third party, which he denied.

He also laughed off rumors that he is gay, stressing that he does not care about these kinds of speculations. For Rodriguez, being called queer is “not an insult” especially since some of the “best people” he knows are part of the LGTQ+ community.

Opting not to disclose the cause of his separation from Abellana, Rodriguez simply said, “May mga mali ako na kailangan kong pagbayaran, pinagbayaran ko.” (I had mistakes that I had to pay for, I paid for them.)

Speculations on Rodriguez and Abellana’s separation arose earlier this year, after fans noticed that they unfollowed then followed each other again on Instagram.

Abellana broke her silence on the breakup in June, when she said that she was “disrespected, betrayed and was made to look stupid” by Rodriguez. Rodriguez then announced in the same month that his divorce from Abellana was already final. The pair is also working on the process to get the divorce recognized in the Philippines.

Rodriguez admitted in September that he was “happily moving on.” He also recently appealed to fans to stop mentioning Abellana on his Instagram page, after he was flooded by comments greeting him on what was supposed to be their first anniversary.  /ra