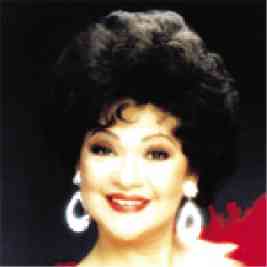 She said her grandmother ”died peacefully in her sleep on December 1st at 7:02 am”.

“Gone too soon but always in our hearts. Your song has ended, but your melody will linger on,” the icon’s grand daughter added.

La Torre was known for her ballads such as “Maalala Mo Kaya” and “Waray-waray.”

She also appeared in movies such as “Jack & Jill” and “Yantok Mindoro.”