Dolly in mourning, yet excited about PH release of ‘Triangle of Sadness’ | Inquirer Entertainment

Dolly in mourning, yet excited about PH release of ‘Triangle of Sadness’ 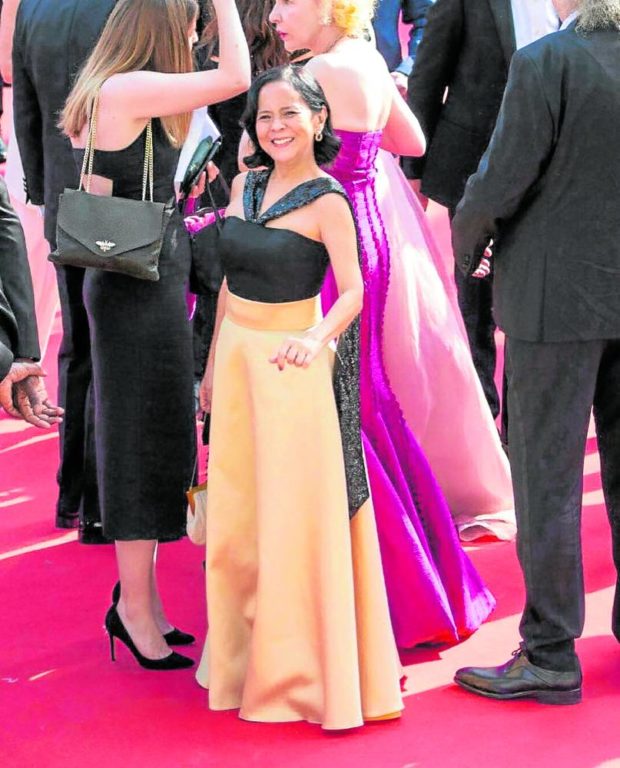 Dolly de Leon on the red carpet in Cannes, where the film won the Palme d’Or.

Have you noticed that all of actress Dolly de Leon’s active social media accounts currently feature black profile photos? This is because she is mourning the death of South African actress Charlbi Dean, her costar in the movie “Triangle of Sadness.”

“Yes, she is the reason that my profile pic is in black. We became really close during the shoot. Actually, I became close to all of my costars, it’s just that my closeness with her was on a different level. She was accessible, friendly and warm,” Dolly told Inquirer Entertainment recently.

Charlbi died in New York on Aug. 29. Reports say a viral infection in her lungs could have caused her death. She was 32.

“She was a model in real life, but she was very down-to-earth, talagang totoong tao. She died after the screening in Cannes. She missed the movie premieres both in the United States and South Africa, where she was from,” reported Dolly, who also posted a long tribute to Charlbi on her Instagram account in September.

“Triangle of Sadness” is an internationally coproduced satirical black comedy film written and directed by Swedish filmmaker Ruben Östlund. It tells the adventures of the survivors of a sunken cruise ship for the superrich. While Charlbi plays Yaya, a passenger who is also a fashion model/social media influencer, Dolly plays the ship’s toilet manager, Abigail. 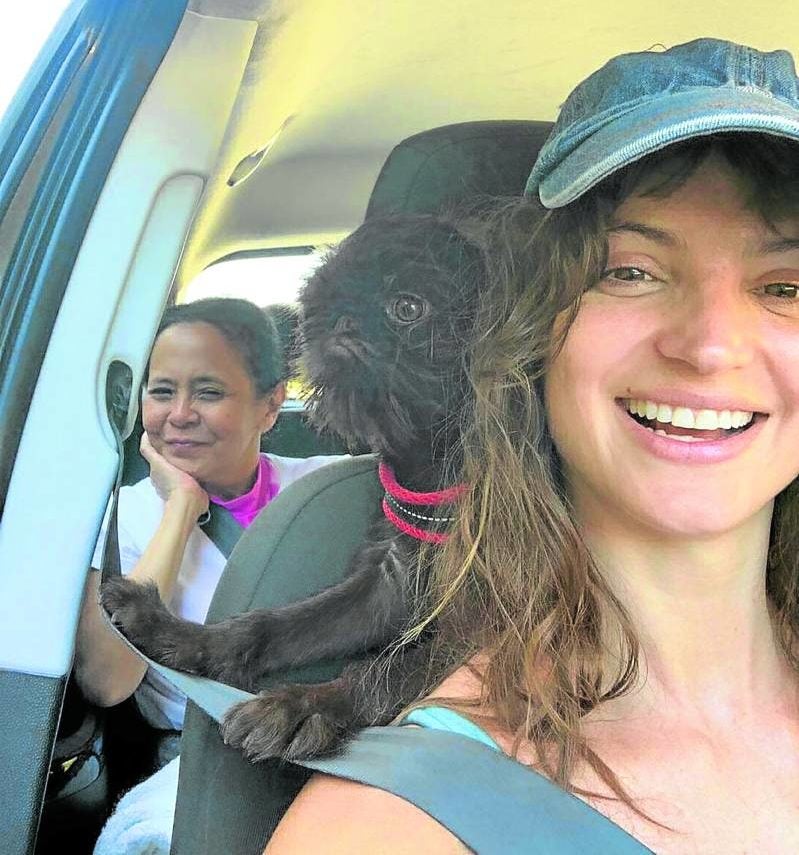 The film had its world premiere in May at the 2022 Cannes Film Festival in France, where it received an eight-minute standing ovation and won the highly coveted Palme d’Or. Distributed locally by TBA Studios, it has been screening in theaters nationwide since Nov. 30.

Dolly admitted that it’s always “difficult” for her to watch the poignant moment that Abigail shares with Yaya toward the end of the movie. “I can’t stand to look at the big screen each time. In fact, during the most recent screening I’ve attended, I held my daughter’s hand while this part was playing. It’s hard not to feel emotional,” she recalled. “The last time I saw Charlbi was when we watched the movie ‘Decision to Leave’ together in Cannes.”

We then asked Dolly to recall how she felt when she attended a recent special screening of “Triangle of Sadness” in Manila. To this, she said: “I kept laughing at the different reactions of the audience. I can’t help but compare them to those who watched in other countries. It’s obvious that they are really cheering for Abigail. The idea that the film will be screened locally made me so excited that I asked if I could be sent home. I’m supposed to still be in the US for the campaign, but this is important to me.” 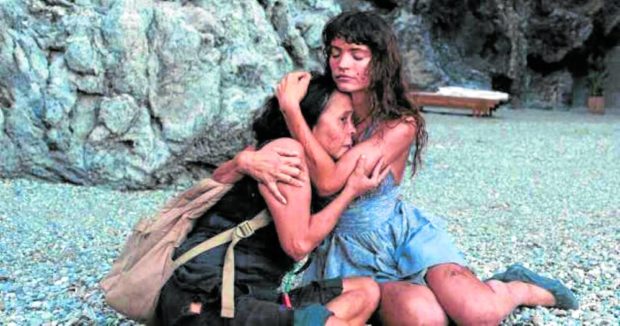 De Leon (left) and Charlbi Dean in “Triangle of Sadness”

She said she was touched by the warm welcome, but added that “it would be awesome if many Filipinos will go to the cinemas to watch the movie. I took a break from the US campaign to make sure I’m here in the Philippines during its run. I will spend Christmas here, too, and will return to the US only if told that I’m still needed there—fingers crossed,” she added.

“Triangle of Sadness” is in the running for an Oscar nomination, while Dolly is considered a “threat” to the contenders under the best supporting actress category. A number of foreign publications described her as “a breakout star” and “a cool actress,” to which she commented: “I guess this is because reporters abroad have gotten used to interviewing Asians who don’t know how to speak English and would always request for interpreters. Many Filipinos are good English speakers, and even those who aren’t so good are able to understand it well. I guess that’s why they were able to make that observation.”Dolly will also be seen in the following films in 2023: Carl Papa’s live animation “Pukaw,” with Carlo Aquino; and the local adaptation of the Korean drama “Keys to the Heart,” starring Zanjoe Marudo and Elijah Canlas and produced by Reality Entertainment. She is also a cast member of the ABS-CBN-produced series “Dirty Linen,” also starring Zanjoe opposite Janine Gutierrez.