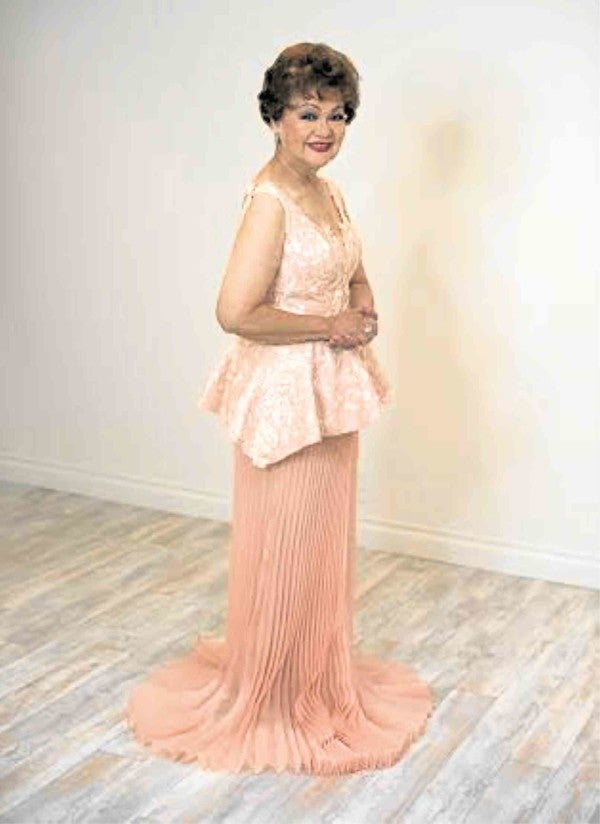 LOS ANGELES—At 83, Sylvia La Torre is still sprightly, going up and down the stairs of designer Oliver Tolentino’s Beverly Hills boutique as she changed from one glamorous gown to another for a recent photo shoot. The First Lady of Philippine television virtually looks the same as she did when she cohosted the popular daily show, “Oras ng Ligaya,” in the 1960s.

Also known as the Queen of Kundiman (traditional Filipino love songs), Sylvia often broke into that familiar laughter as Cherry Ordonez did her hair and makeup and later, as photographer Hydee Abrahan took her photos.

Based in California for many years now, Sylvia is a pioneering performer in the Philippines. She is the first Filipino talent to enjoy a very successful career in all major entertainment fields in the Philippines: radio, television, record, stage and film.

The daughter of a singer and a movie director won a singing contest in 1938 when she was only 5 years old. That means Sylvia has been performing for a whopping 78 years now.

At 7 years old, Sylvia began her film career in 1941, when she appeared in “Ang Maestra.” Sylvia’s subsequent movies, in black and white, were very evocative of post-war Manila.

The soprano, who somehow found time to be a scholar at the University of Santo Tomas’ famed Conservatory of Music, started making records in the 1950s. She recorded more than 300 songs, including “Sa Kabukiran,” “Mutya ng Pasig” and “Waray Waray.”

Sylvia also successfully branched into radio and television, capping her conquest of all five entertainment fields in Manila.

Now, as Sylvia approaches her remarkable 80th anniversary in show business, she and her granddaughter, Anna Maria Perez de Tagle, will perform with the Filipino American Symphony Orchestra (Faso) in a concert on Aug. 13, 6 p.m., at the John Wayne Performing Arts Center in Glendale, California.

As the special guests of the only Filipino symphony orchestra outside the Philippines, under the baton of Robert “Bob” Shroder, she and Anna will sing a duet and perform solo numbers. About 60 orchestra members will accompany the Philippines’ national music treasure, Anna and other guest performers—that should make for a special evening.

Anna, who is making a name on her own in Hollywood and Broadway, is the daughter of former actor Artie Perez de Tagle, one of Sylvia’s three children with Dr. Celso Perez de Tagle, her husband of over 60 years.

More information about the concert, titled “Faso Plays Prokofiev’s ‘Peter & the Wolf,’” is available at www.fasofoundation.org. 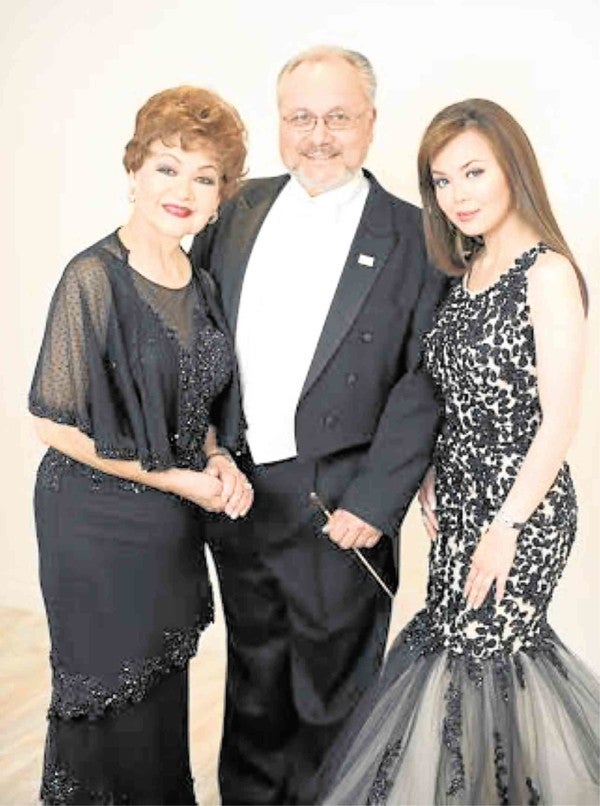 We asked Sylvia to comment on some of her career highlights:

As a child actress/singer at the Life Theater in Manila

I enjoyed and learned so many things performing with veteran actors and actresses.

It was an adventure, singing for the American soldiers.

I appeared in Bayani Casimiro’s “Merry Go Round” with veteran actress-singer Katy de la Cruz. Our show was three times a day. Because of this strenuous schedule, it made my voice stronger and more powerful.

Starting on Philippine radio and television in the ’50s and ’60s

I appeared as a regular talent/singer in Luz Mat Castro’s radio show and, later, I was also taken in the “Edong Mapangarap” radio show with Eddie San Jose, Pugo, Bentot and Rosa Aguirre. Ibyang was my character’s name. That show evolved into “Tang Tarang Tang,” which later became a TV series.

It was one of my hit songs as well as other kundiman.

It was the title of a movie and I also sang and recorded the song. It became popular when famous American singer Eartha Kitt visited the Philippines and she recorded her own version of “Waray Waray.”

He was my cohost when we did “Oras ng Ligaya.” He was a great comedian and a good friend. We hosted the show for over 10 years. Our families became very close to each other and we still are, to this day.

I hosted it with Roderick Paulate for a few months.

A career that has spanned almost 80 years

I’m so blessed by God for letting me live long. At 83 years of age, I still have my voice to share with all of you. Most of all, I sing for the glory of God. I sing regularly with the choir at St. Paul the Apostle Church in Chino Hills (California).

Watching Faso for the first time in a concert last November

I was so impressed watching Faso for the first time, seeing all the performers doing well and the orchestra under the baton of maestro Robert Shroder. It reminded me of my days when I was performing onstage.

I got excited when my son Artie called me to inform me that Faso invited my granddaughter, Anna Maria, and me to perform with it.

Each time I sing and go on stage, I always perform with God’s help. I feel so proud and fulfilled when people applaud and give me a standing ovation. I am very proud that nagmana si Anna Maria sa akin (she took after me) and is continuing my legacy by singing our kundiman songs.

Secret to a long life and energy

It has been my practice to always have eight to 10 hours of sleep and not to tire myself. I have a [balanced] diet and an exercise [routine], although at times I “cheat” with some chicharon bulaklak, crispy pata and lechon!

I’ve also been avoiding cold drinks and ice cream since I was a kid, to preserve my voice. I practice every day and for that reason, I can still sing at this age.

E-mail the columnist at r[email protected] Follow him at http://twitter.com/nepalesruben.