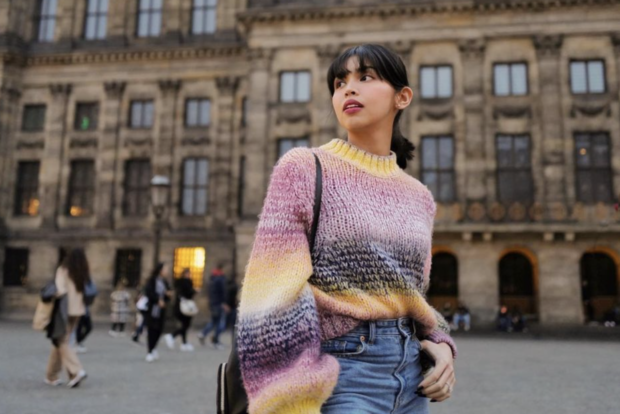 Maine Mendoza confessed that she is getting tired of sending direct messages to fans who have the “delusion” that she and her fellow actor Alden Richards are married and have children.

The actress opened up on how she feels about fans of her former team-up with Richards, known as AlDub, in her interview with comedian Ogie Diaz, as seen on his YouTube channel yesterday, Nov. 3. During their conversation, Diaz said he admired Mendoza for making it clear to her fans that her love team with Richards is just onscreen.

(There are some people who do not like that. Some want their imagination to be fed and for lack of a better term, their delusion. But it is better that they know the truth early on. We can still enjoy and get entertained while knowing the truth and not hurting someone or damaging something.)

Mendoza stressed that while she is grateful to those who supported her from the start of her career, she dislikes “fooling” anyone for the sake of money and fame.

The “Eat Bulaga” host also noted that many fans have accepted that her love team with Richards is nothing personal, while others have stopped supporting her altogether and some others continue to push for her onscreen partnership with Richards to be real.

(Some are still holding on to it until now. So that is what I cannot tolerate. I tried calling them out couple of times already, but they would not believe me.)

Mendoza then pointed out that she tried messaging fans who believe rumors that she and Richards are married and have kids, but she eventually grew tired of pointing out the truth to them.

(I have sent direct messages to many people on Twitter to tell them [the rumors] are not true… I am the one messaging them but their reply to me is, “That is not Maine, that is only an [administrator] of Maine’s account. Maine already has a husband and kids.”)

(I just reached the point where I got tired of explaining. I don’t think there’s something I can do for these people.)

Mendoza is now engaged to actor Arjo Atayde, with whom she has been in a relationship with for three years. Atayde confirmed their relationship in January 2019, while Mendoza revealed they have been “exclusively dating” in March 2019.  /ra