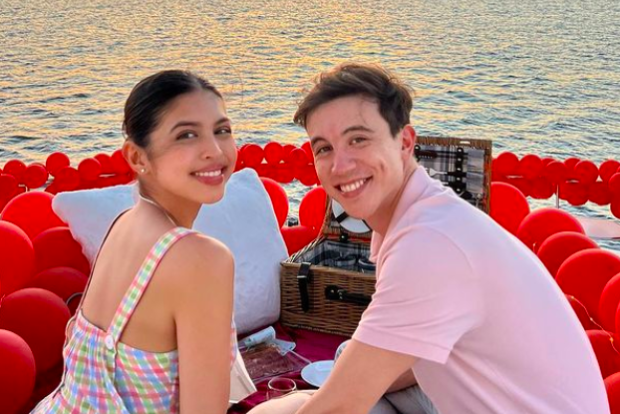 Maine Mendoza and her boyfriend, actor Arjo Atayde, continue to go strong as they celebrated their third anniversary as a couple yesterday, Dec. 21.

The pair marked the milestone in their relationship by enjoying a picnic on a boat decked with red balloons, the actress showed on her Instagram page yesterday. Mendoza and Atayde can be seen clinking glasses and gazing out at the ocean while in each other’s arms.

“Life with you just keeps getting better. Happy third anniversary my bubba pie pie,” he said.

Atayde revealed in January 2019 that he was in a relationship with Mendoza. The actress then followed suit and confirmed in March 2019 that they were “exclusively dating.”

Atayde admitted in an interview with Julius Babao last October that he and Mendoza had talked about getting married in the future. He also believes that she is “the one” for him.  /ra