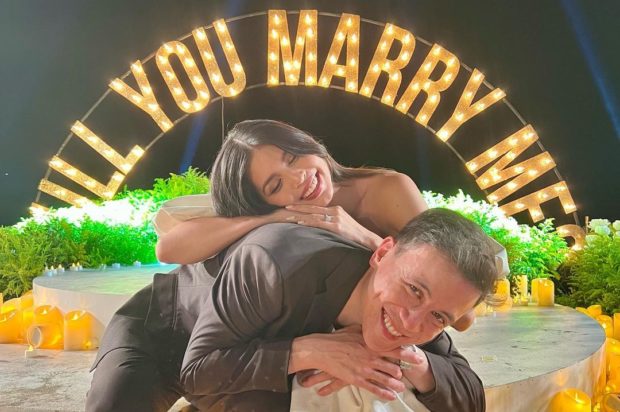 Maine Mendoza and Arjo Atayde consider July 28 as a quite special date because it is when they not only got engaged but also when the actress “manifested” her relationship with Atayde years ago.

Back in July 28, 2013, then-teenaged Mendoza gushed over Atayde on her Twitter page by writing “Arjo cutie,” way before she started her showbiz career through the noontime show “Eat Bulaga.” Nine year later, on the same date, Atayde and Mendoza got engaged and the couple could not help but look back at the tweet.

For her part, Mendoza showed a screenshot of the old tweet by reposting the Instagram Stories of her friend Janicka, also yesterday. On top of her tweet and their engagement, Mendoza noted that her first meeting with Atayde took place on the special date as well, July 28, 2018.

“Started from the bottom now we’re here,” she quipped. 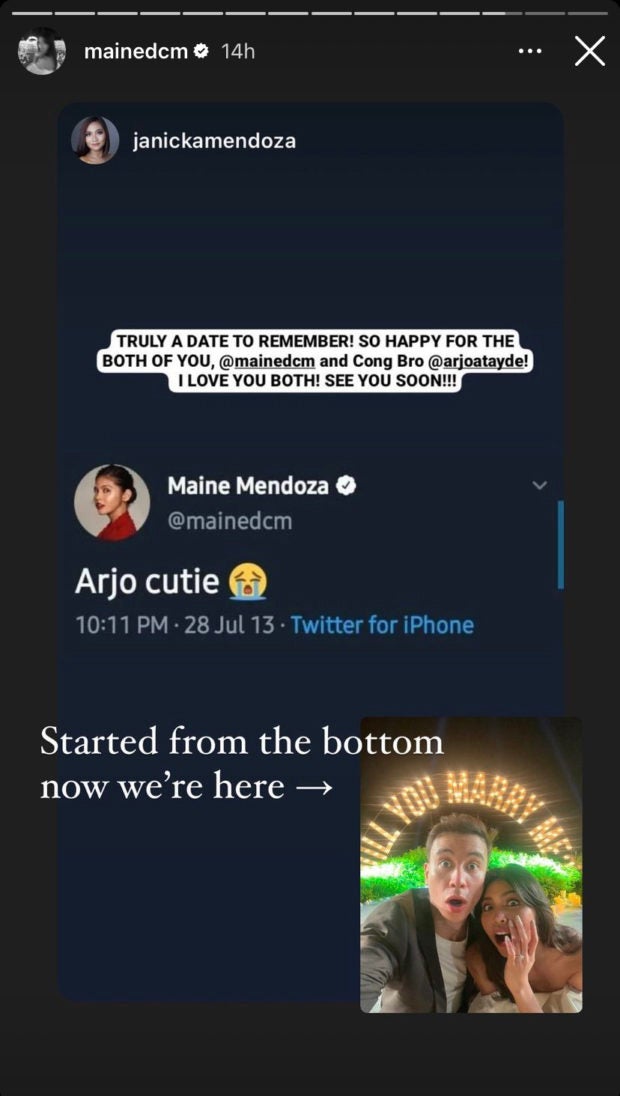 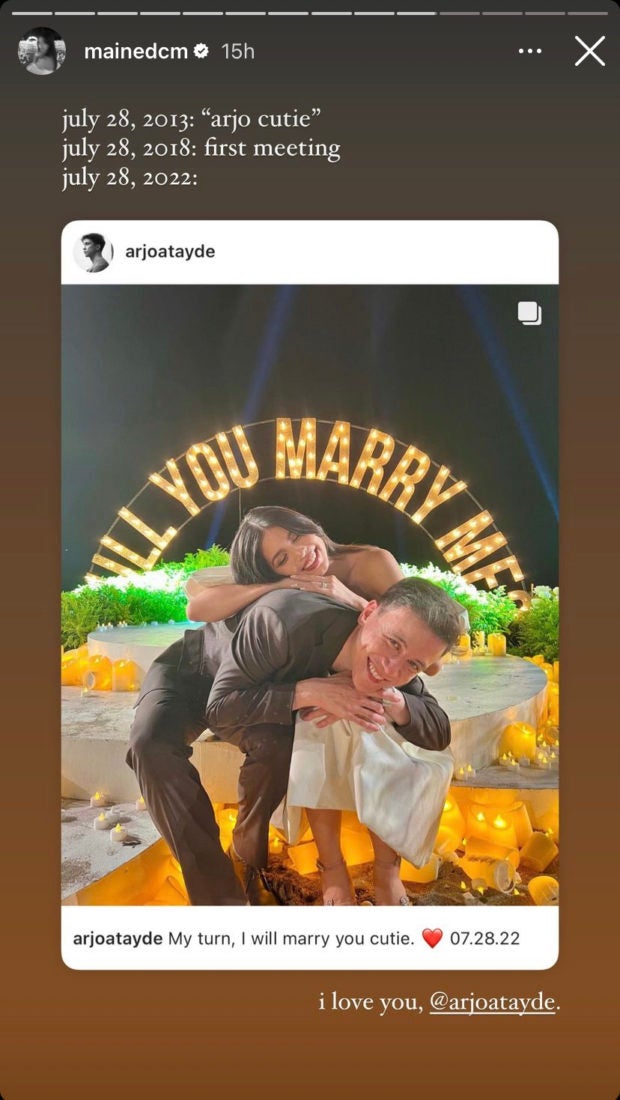 Fans on Twitter expressed happiness for the couple as they congratulated them on their engagement.

“Maybe I should continue using ‘cutie’ when I want something too, maybe it is indeed real,” another netizen, @_thepessimist_, said.

Arjo's caption on his IG post tho 🥹 from Maine tweeting ' Arjo cutie ' ages ago to this. Maybe I should continue using 'cutie' when I want something too, maybe it is indeed real TwT

“From Maine’s ‘arjo cutie’ to Arjo’s ‘my turn. I will marry you cutie.’ WHAT IN A WATTPAD WORLD!!???? CONGRATS!” one @summiiiee greeted the couple.

from maine’s “arjo cutie” to arjo’s “my turn. i will marry you cutie”
WHAT IN A WATTPAD WORLD!!???? CONGRATS #ArjoAtayde #MaineMendoza

“WOW! Maybe it’s effective if you manifest with ‘cutie,’ look at them now! Same day when it [happened nine] years ago!” one @QueenBobhee told fellow netizens.

WOW!!! Maybe it's effective if you manifest with "Cutie" look at them now! 🤔🤭🥰 Same day when it happens 9 years ago!!! Congrats Maine @mainedcm and Arjo @AtaydeArjo!!! 👏👏👏 https://t.co/wqNjbqHpzW pic.twitter.com/ccm4sDXMxQ

Mendoza and Atayde have been together for three years now, having celebrated their anniversary in December last year. The actor confirmed their relationship in January 2019, while Mendoza followed suit and revealed they were “exclusively dating” in March 2019.

Back in October 2021, Atayde admitted that Mendoza was “the one” for him, and  they have already talked about tying the knot in the future.  /ra